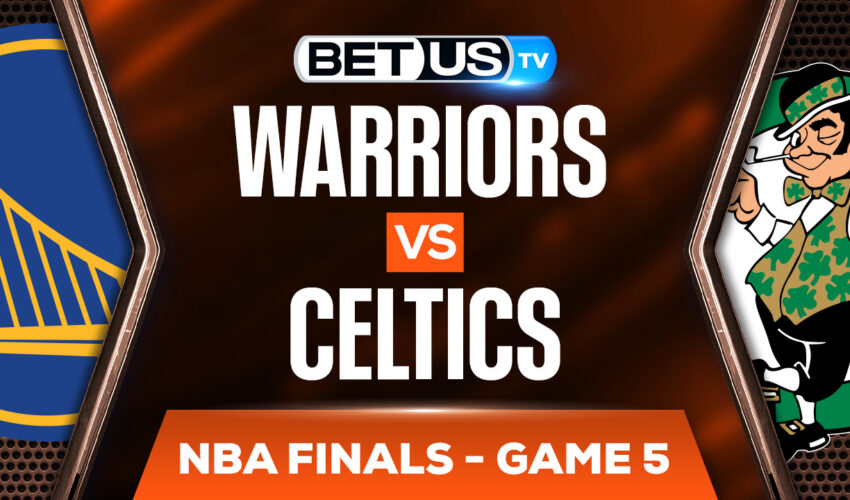 Let’s check the latest NBA picks, news, stats and NBA picks today for Celtics vs Warriors. We’ve plenty of NBA picks and parlays for you to consider.

After an intense Game 4, which had 11 lead changes, the NBA Finals return to San Francisco.

Last Friday, the Golden State Warriors managed to tie the series (2-2) thanks to an incredible performance by Stephen Curry, who finished with 43 points, 10 rebounds and four assists.
“The heart on that man is incredible. The things he does we kind of take for granted from time to time, but to go out there and put us on his back, I mean, we got to help him out (in Game 5),” teammate Klay Thompson said.

Thompson added 18 points, while Andrew Wiggins dominated the paint with 16 rebounds. The Warriors didn’t even need Andre Iguodala and Jonathan Kuminga, who didn’t play despite being available (coach’s decision).

As for the Boston Celtics, Jayson Tatum led all scorers with 23 points. As usual, he was followed by Jaylen Brown with 21. Robert Williams III contributed 12 rebounds. Not bad considering he was questionable due to a knee injury.

In other words, you can expect a close one. The total, which has gone under in eight of the last nine meetings between the two in San Francisco, is set at 212.
The best news is that no matter what happens, we’ll Game 6, which is scheduled for Thursday Night at TD Garden.

The implied probability for these two teams attached to the betting lines have Warriors at a 62.26% chance of winning the game, meanwhile Celtics have 40.82% probability of finishing the game with the W.

Take a Look at Other 2 Analysis, Picks & Predictions For The NBA Finals