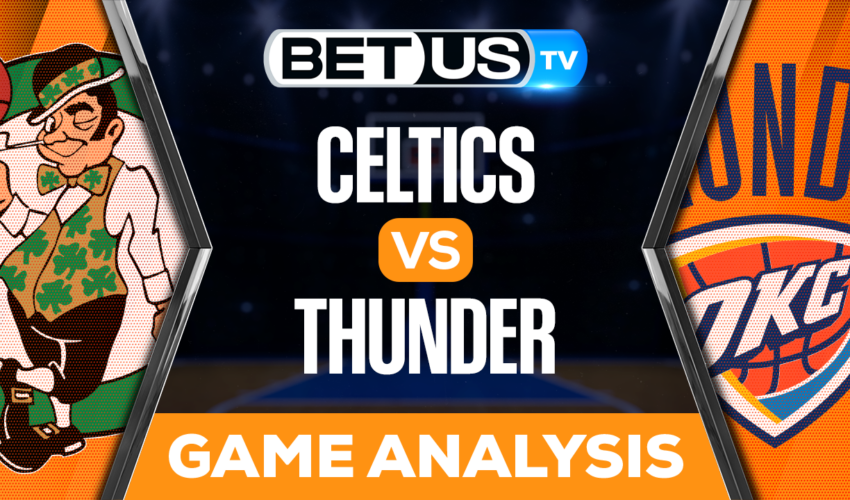 The NBA action continues and this Tuesday, January 3, we will have a game between one of the best teams of this season and one of the disappointments. We talk about the game between the Boston Celtics and the Oklahoma City Thunder.

The Oklahoma City Thunder teams have been one of the disappointments of the season. They come from losing their last two games, one against the Charlotte Hornets (121-113) and in their last game against the Philadelphia 76ers by a score of 115-96. The team has not been able to find their best version, despite having Shai Gilgeous Alexander and Josh Giddey, they have not been able to figure out how to win their games. Their last victory was on December 27 when they beat the San Antonio Spurs by a score of 130-114. In their last 5 games they have barely had a 40% performance, which has put them in a very difficult position for what is to come for the team. The Thunder sit 13th in the Western Conference with a losing 14-21 record and a mere .417 PCT.

The Boston Celtics live in a totally different scenario. They come from losing their last game played against the Denver Nuggets, another of the favorites this season, by a score of 123-111. Despite this loss, the Celtics are still one of the best teams of the season. In their last 5 games they have a performance of 80%. His main chips this season have been Jayson Tatum, who is the leading scorer and leader in rebounding, as well as Marcus Smart, who is the leader in assists. Both players have done a lot of damage to their opponents, especially with their fast attacks and speed. The Boston team is first in the Eastern Conference with a positive record of 28-11.

This is the second game between both teams. The first one was won by the Celtics team by a score of 122-126, so they arrive in this second game as favorites with an 83.3% chance, while the chances of winning the game for the Oklahoma team are minimal, since they only have 16.3%.

Let’s check the latest NBA picks, news, stats and NBA expert picks for Celtics vs Thunder. We’ve plenty of NBA predictions for you to consider.

The implied probability for these two teams attached to the betting lines have Thunder at a 23.81% chance of winning the game, meanwhile Celtics have 80% probability of finishing the game with the W.