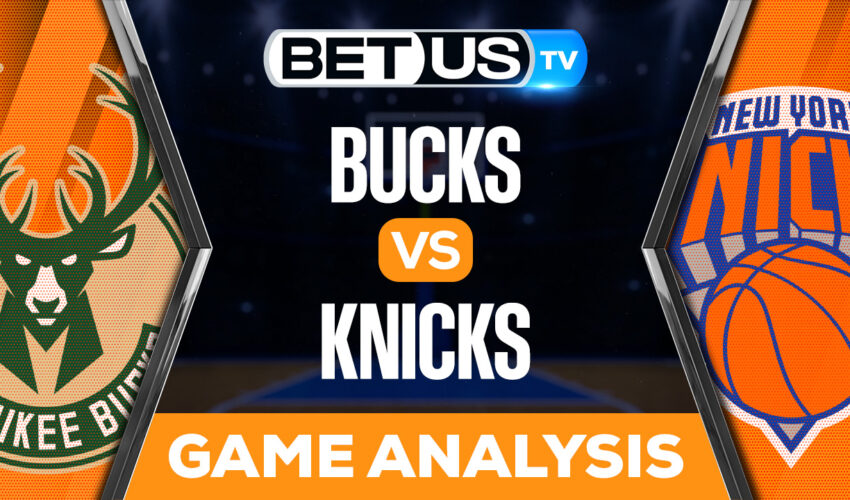 The Milwaukee Bucks will fly to an Eastern Conference matchup on Wednesday as they enter the Madison Square Garden to battle the New York Knicks. Milwaukee is currently 14-5 and placed 2nd in the East for the season, while New York is looking to bounce back from a 4-5 home record. Khris Middleton (wrist), Serge Ibaka (illness), MarJon Beauchamp (illness), and Joe Ingles (knee) are out for the Bucks, while the Knicks have a clean bill of health.

Sadly for Milwaukee Middleton has not yet recovered from his injury, however the Bucks can look towards Giannis Antetokounmpo to pick up the pace for his team. The 2 time MVP is averaging 30.9 points, 11.4 rebounds, and 5.4 assists per game. He leads the offense that places as top 10 of the NBA in rebound rate with 30.4% and second chance points 14.9 per game, thanks to being a big lineup.

The Knicks rank in the last 5 of the league in defensive efficiency this season, including a rebound efficiency of less than 69%. The Knicks have the advantage of playing in their backyard. Tom Thibodeau’s team also has 3 players averaging at least 18 points per game showing consistency for the squad, while placing top 8 in points in the paint. The Knicks also rank top 10 in the NBA for free throw creation and free throw accuracy, while the Bucks rank in the bottom 5 of the league in forcing turnovers per game on their defense side.

On defense, New York ranks top 10 in field goals allowed and points allowed in the paint, with Milwaukee shooting only 45.7% from the field this season. The Bucks also have a clear weakness in the free throw line, shooting only 71.4%.

We believe Milwaukee’s defense will be too much for the Knicks to break through, as such we lean towards a Bucks win.

Let’s check the latest NBA picks, news, stats and NBA expert picks for Bucks vs Knicks. We’ve plenty of NBA predictions for you to consider.

The implied probability for these two teams attached to the betting lines have Bucks at a 70.59% chance of winning the game, meanwhile Knicks have 33.33% probability of finishing the game with the W.