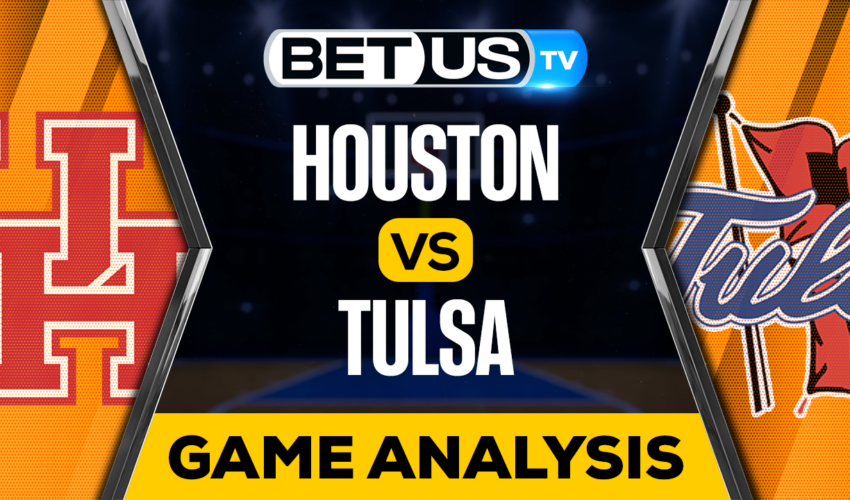 We are about to say goodbye to 2022 and what better way to close the year than to enjoy college basketball. The Tulsa Golden Hurricane will welcome the Houston Cougars at the Donald W. Reynolds Center. The game is scheduled for 21:00 EST. The hosts are coming off a heartbreaking loss to Loyola Marymount, while the Cougars are coming off a crushing win over McNeese State 83-44.

Tulsa had a bad start of the season, they lost their first game against Oregon State, we thought they would recover with their two consecutive wins but everything got worse, they fell in a bad streak of five consecutive losses. Now they are coming off a loss to Loyola Marymount where they did not look dominant at any point.

The Golden Hurricane offense is led by Sam Griffin with 15 points per game, Brandon Betson with 11 and Bryant Selebangue with another 10. They average 69 points per game while the defense allows 71.

Houston on the other hand has had an incredible season coming into this game with only one loss to Alabama. Houston is coming off an 83-44 thrashing of McNeese in which they led by as many as 50 points. The Cougars are a very well-rounded team averaging 74 points per game, grabbing 40 rebounds and dishing out 14 assists. The offense is led by Marcus Sasser with his 16 points per game, followed by Jarace Walker with 9 and Tramon Mark with another 9.

Tulsa has not had the best season but it is also true that their schedule has been difficult. However I don’t think they can do it to a team as well armed as Houston, the Cougars have all the weapons to penetrate the Golden Hurricane defense and take the score.

Let’s check the latest NCAAB picks, news, stats and NCAAB expert picks for Houston vs Tulsa. We’ve plenty of NCAAB predictions for you to consider.

The implied probability for these two teams attached to the betting lines has Houston at a 48.78% chance of winning the game, meanwhile Tulsa has 55.56% probability of finishing the game with the W.