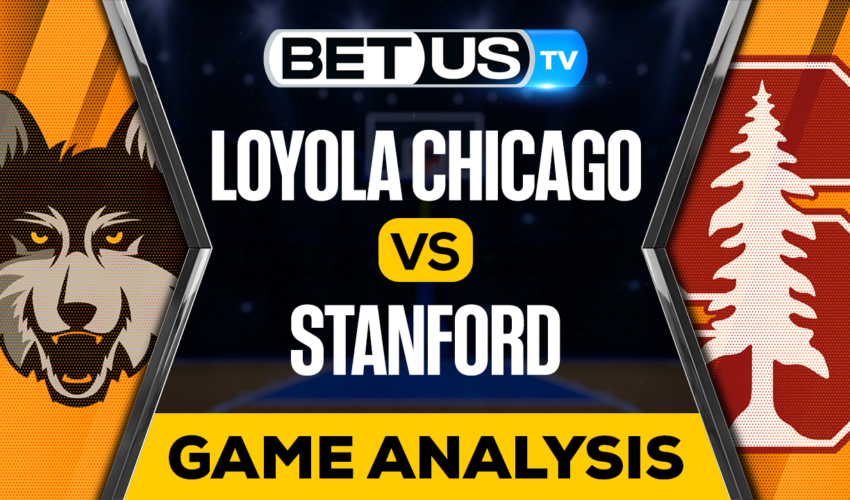 This Thursday, December 22nd we will have another college basketball spectacle when the Loyola Chicago Ramblers and the Stanford Cardinal visit California to face each other at the Kaiser Permanente Arena. The game is scheduled for 22:00 ET. This will be an interesting game to watch as it will be the first time these two teams will meet.

Stanford ended a losing streak of three straight losses by beating Green Bay last Friday. Up to that point we all thought their luck would change, but they lost again to Texas 72-62. It was not a crushing defeat, they managed to stay afloat the first half and made 43% of their shots from the field. The offense was led by Michael Jones and his 17 points for the loss.

On the other hand the Ramblers are coming off a win on Sunday at home against Albany. They didn’t have an overwhelming victory either but they managed to keep leading from start to finish by making 50% of their shots from the field. The defense didn’t do too bad holding Albany to 35% shooting from the field. The offense was led by Philip Alston with 17 points and an incredible 11 rebounds for the win. Braden Norris also contributed by dishing out 7 assists.

It could be said that the strong point of both teams is defense, so we could see a close game. Although it is true that the Ramblers have a more aggressive defense so I think the Cardinals will not be able to shoot and the Ramblers will take the victory.

Let’s check the latest NCAAB picks, news, stats and NCAAB expert picks for Loyola vs Stanford. We’ve plenty of NCAAB predictions for you to consider.

The implied probability for these two teams attached to the betting lines has Loyola at a 32.79% chance of winning the game, meanwhile Stanford has 71.43% probability of finishing the game with the W.