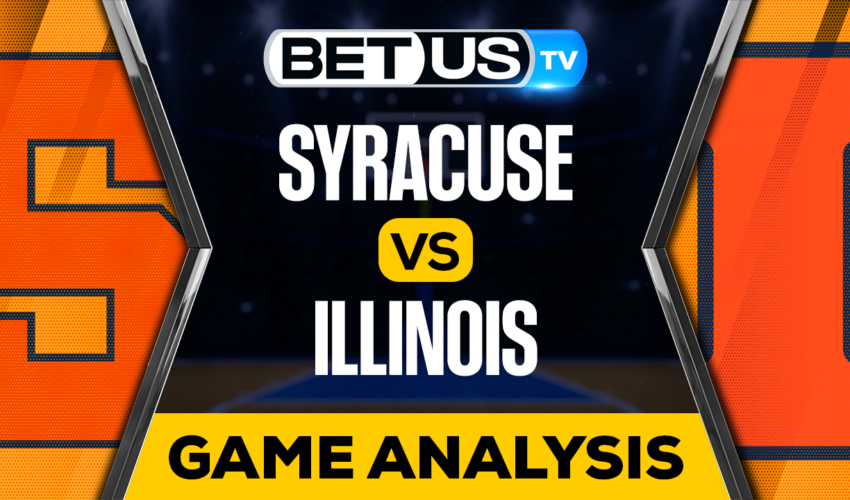 The Syracuse Orange will be looking to end their two-game losing streak when they clash against the Illinois Fighting Illini in the ACC/Big Ten Challenge on Tuesday night. Syracuse is coming off a 73-72 loss to Bryant, while the Fighting Illini are coming off a 92-59 win over Lindenwood as heavy favorites.

The Orange followed up their short two-game winning streak by taking a loss in their last two games. They will try to get back to winning ways against the Fighting Illini, which would give them their third win in their last five, and their first win over a ranked opponent in the 2022-23 season.

Syracuse is scoring 74.8 points per game on average. They picked up 72 points in their last outing, making 40% of their field shots and 25% of their three-pointers. Justin Taylor was the leader for the Orange with 25 points and three rebounds of his own. Chris Bell had 14 points and one rebound, while Jesse Edwards racked up 12 points and 21 rebounds.

On the other hand, Illinois came back from their defeat to Virginia with a victory against the Lions in their last game. Now, they will give their maximum effort to keep the momentum going with a convincing win over the Orange, which would give them their second win in a row and sixth win in their last seven.

Looking better than Syracuse, Illinois is averaging 84.7 points per match. They scored 92 points in their last encounter, making 58.1% of their field shots and 36.7% of their 3-pointers. Skyy Clark led the team with 19 points, 3 rebounds, and 4 assists. RJ Melendez had 17 points and four rebounds by the end of the game, while Terrence Shannon Jr. scored 16 points and 3 rebounds of his own.

Let’s check the latest NCAAB picks, news, stats and NCAAB expert picks for Syracuse vs Illinois. We’ve plenty of NCAAB predictions for you to consider.

The implied probability for these two teams attached to the betting lines has Syracuse at a 15.38% chance of winning the game, meanwhile Illinois has 88.89% probability of finishing the game with the W.