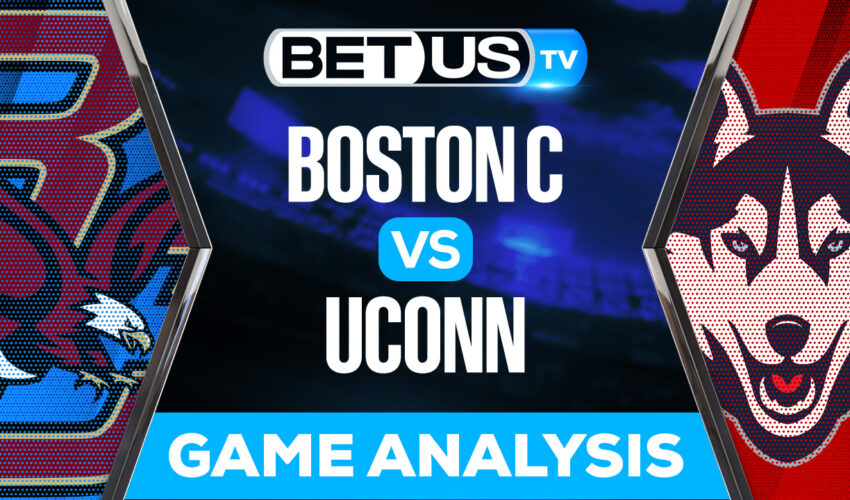 On Saturday, the Boston College Eagles and the UConn Huskies meet at Rentschler Field. Boston College is coming off a game versus Wake Forest. In that matchup, the Eagles fell in a blowout. As for UConn, they’re coming off an open week. The Huskies last appeared in a loss to Ball State.

In game seven versus Wake Forest, the Eagles were down 21-9 by halftime. Boston College scored just six points in the second half in a 43-15 loss. QB Phil Jurkovec posted 221 yards with a score, and Zay Flowers caught 10 balls for 135 yards and a TD.

Over on the UConn side, their year began with a 31-20 loss to Utah State. The Huskies then beat Central CT State 28-3 before losing to Syracuse, Michigan and NC State in succession. UConn would then beat Fresno State and FIU before the Ball State loss.

In the Ball State matchup, the Huskies had a 21-10 lead at halftime. UConn failed to score after the break and lost 25-21. QB Zion Turner posted 129 yards with two scores and a pick. Victor Rosa led the rush with 72 yards on 17 carries.

The Eagles need a nice bounce-back following their loss against a talented Wake Forest team. Boston College came up with 315 total yards with 15 first downs in the loss, committing 11 penalties along the way. UConn won’t be as intimidating a matchup, and Boston College might be able to pull it off if they play well.

As for the Huskies, they should benefit from the extra week off. UConn had some rough stats in the Ball State loss, including 12 penalties for 110 yards, just 16 first downs and a rough 5-of-14 rate on third-down tires. The Huskies will have a hard time trying to keep up for long in this one if they’re in their best form.

The implied probability for these two teams attached to the betting lines have Boston College at a 74.36% chance of winning the game, meanwhile Uconn Huskies have 29.41% probability of finishing the game with the W.