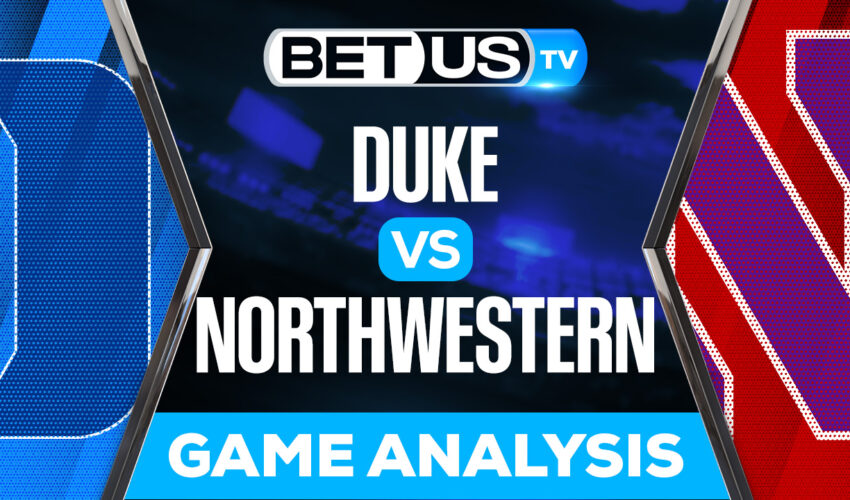 On Saturday, the Northwestern Wildcats take a trip to Ryan Field in Evanston, Illinois, where they’ll face off the Duke Blue Devils. They both had good openings in completely different ways. Duke is coming off a recent win against the Temple Owls. Meanwhile, Northwestern picked up a very important victory against one the strong Nebraska Cornhuskers. This victory for the Wildcats means that they should play with a whole other level of confidence after their close win over the Huskers.

The defense pitched a gem in the 30-0 win over Temple, allowing just 179 yards and doing everything right in the shutout. While the D was holding up, QB Riley Leonard was rolling on the other side with a nearly perfect performance while leading the team with 64 rushing yards. Northwestern might be coming off a massive day offensively against Nebraska back in Dublin, but this isn’t going to be a high-octane attack that will do that on a regular basis. As long as the Duke D can continue to hold up against the run – and do it early; don’t let the Wildcats get into a groove – the offensive side should be able to control the clock.

But for Northwestern, last week was a similar, yet different story. Everything clicked against Nebraska with a strong, tough day on the ground to go along with a 314-yard day against Ryan Hilinski. Combine the revamped offensive attack with two weeks off after the win over the Huskers to rest up and prepare, and this should be a fresh group ready to do more. On the other side, Duke ran for 172 yards against Temple but struggled a wee bit outside of a few big dashes. The Wildcat defensive front that held up outside of one big run against Nebraska should control the game.

Let’s check the latest NCAAF picks, news, stats and NCAAF expert picks for Duke vs Northwestern. We’ve plenty of NCAAF predictions for you to consider.