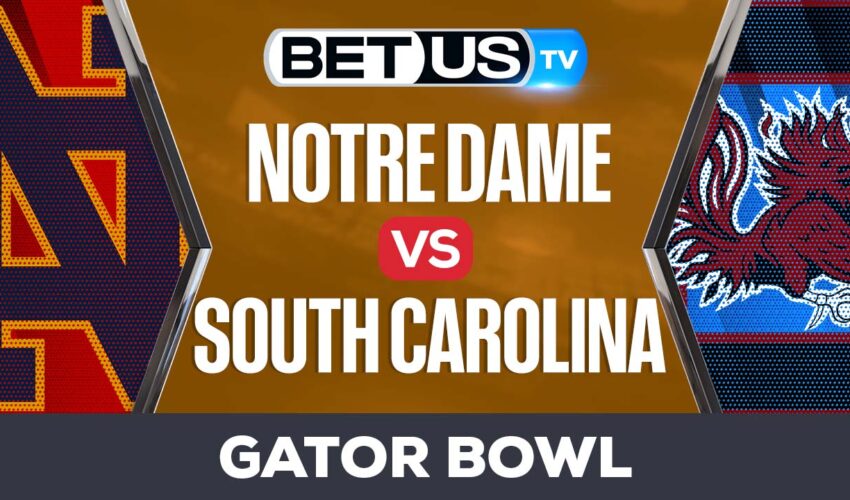 This next December 30, the Gator Bowl will be played between two teams that arrive on equal terms and with very similar numbers. These teams are the Notre Dame Fighting Irish and the South Carolina Gamecocks.

The South Carolina Gamecocks team comes with maximum motivation after having won its last two games in a row, this against the Tennessee Volunteers (63-38) and against the Clemson Tigers (31-30). The team has great players such as Spencer Rattler, Marshawn Lloyd and Antwane Wells Jr, who have been key players in the team’s offense, which averages a total of 31.7 points per game. Meanwhile their defense Loiena has allowed an average of 27.5 game points. The South Carolina Gamecocks team is in third position in the SEC – East with a record of 8-4.

The Notre Dame Fighting Irish team arrives beaten, since in their last game played they lost to the USC Trojans by a score of 38-27. Despite this defeat, the team has an 80% performance in its last 5 games played, which is also an important point to take into account for this game. Their high point this season has been their defensive line, which is just averaging a total of 21.8 points per game. So we will have an excellent game between a defense that allows few match points and a rival offensive line that has been very strong. The Notre Dame Fighting Irish team sits in second place in the FBS Independents with a positive 8-4 record.

As we could see previously, both teams arrive in very similar conditions and with equal records to this game, however, it is the Notre Dame Fighting Irish team who arrive with the most chances of winning the game with 67.6%, while the team from South Carolina Gamecocks have a 32.4% chance.

The implied probability for these two teams attached to the betting lines have Notre Dame at a 56.52% chance of winning the game, meanwhile South Carolina have 47.62% probability of finishing the game with the W.