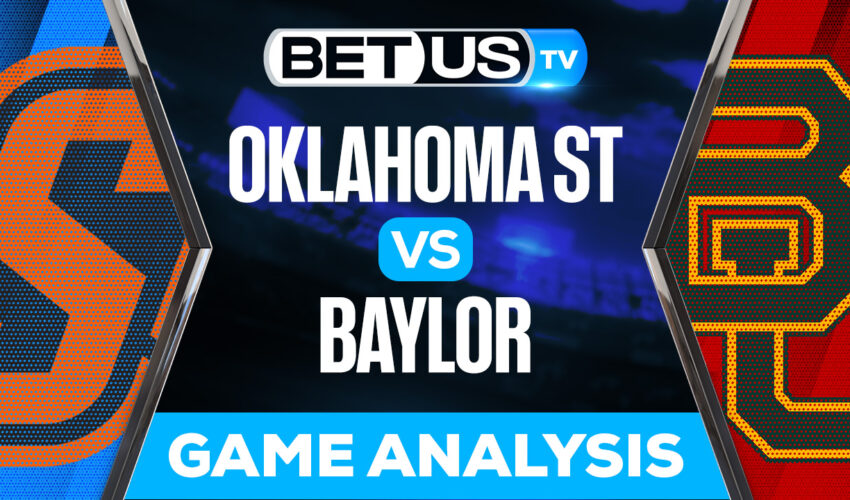 On Saturday, Oklahoma State and Baylor meet in a rematch of the Big 12 title game on the Week 5 college football schedule. The Big 12 has built its reputation for playing high-flying offense the last few years, but these two teams rode elite defensive play to the conference title game last season.

OSU has taken a slight hit since Jim Knowles left, allowing 44 points to Central Michigan early on. But it also held Arizona State to 17. The Cowboys boast a premier pass rush off the edges and Baylor is superb against the run and can make plays behind the line on a semi-regular basis.

That edge rush has the potential to completely throw Baylor off its passing game early. Blake Shapen is more than decent at throwing, good for almost 70% with only 1 pick, but is yet to complete more than 20 passes in a game. Facing pressure, those numbers go down: to around 41% completion when Shapen is under duress. Baylor can run the ball well, in the top 25 nationally at just under 209 ypg, but gets its best results when playing with more balance.

Ultimately, this will be the most complete defense Cowboy quarterback Spencer Sanders goes up against so far this season. And he’ll hear a lot about those 4 picks he threw to Baylor in Arlington. He’s been efficient so far, throwing 10 TD passes to just 1 pick, even if the QB isn’t getting enough from the run game yet. Maintaining that efficiency and working in a lot of quick medium gainers while keeping the ball in his team’s hands is the key to victory for Oklahoma State.

Oklahoma State will test Baylor early in the game as it develops the deeper passing game with pace to get Spencer Sanders settled off the bye week. And while the Baylor defense may show some cracks in the short and intermediate game, it’s been holding up well when it gets in the red zone, and has played superbly against the run, with the power to force OSU into a one-dimensional approach and make Sanders win the game with his arm.

Let’s check the latest NCAAF picks, news, stats and NCAAF expert picks for Oklahoma St vs Baylor. We’ve plenty of NCAAF predictions for you to consider.

The implied probability for these two teams attached to the betting lines have Oklahoma St at a 47.62% chance of winning the game, meanwhile Baylor have 56.52% probability of finishing the game with the W.