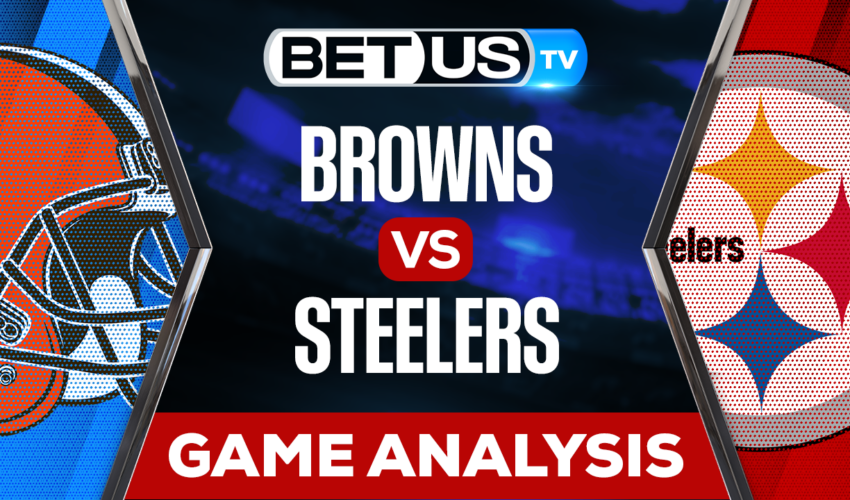 A game that defines whether one of the teams advances to the playoffs or is left out, while the other no longer has any chance of being in the Playoffs. This is the scenario for the game between the Cleveland Browns and the Pittsburgh Steelers for this Sunday, January 8.

The Cleveland Browns team was one of the weakest teams this season. Despite the fact that they closed the season in a great way with a 60% performance and only losing two of their last 5 games, the Browns were one of the first teams to miss the playoffs. Its main figures such as Jacoby Brissett, Nick Chubb and Amari Cooper did not have the expected performance. The team only averaged a total of 21.7 points per game, which seriously affected the performance of the entire team. The Cleveland team finished the season in last place in the North American Conference with a negative record of 7-9.

The Pittsburgh Steelers are still clinging to their last chance to make the playoffs. With their last victory against the Washington Commanders team, the Steelers still have a chance to qualify for the playoffs, but they must win their last game. The Pittsburgh team ended the season in a great way, since in its last 5 games it achieved 80% performance, losing only one of them and it was against the Baltimore Ravens by a score of 16-14. Undoubtedly Kenny Pickett, Najee Harris and Diontae Johnson were key players in the team’s good finish. However, said offensive line was one of the least points scored this season, with an average of 17.5 points, one of the lowest averages of the entire season. The Steelers are located in the third position in the north of the American conference with a record of 8-8.

Let’s check the latest NFL picks, news, stats and NFL expert picks for Browns vs Steelers. We’ve plenty of NFL predictions for you to consider.

The implied probability for these two teams attached to the betting lines have Browns at a 44.44% chance of winning the game, meanwhile Steelers have 59.18% probability of finishing the game with the W.