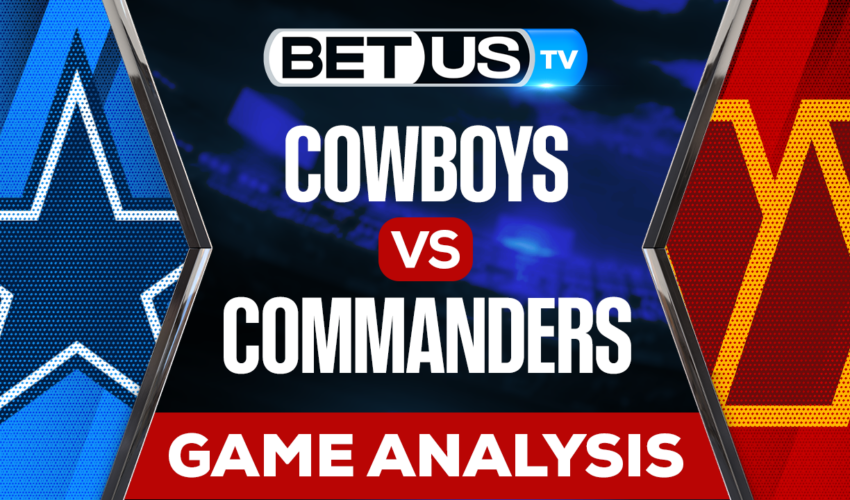 The Dallas Cowboys and the Washington Commanders are set to meet on Sunday of Week 18 NFL action.

The Dallas Cowboys are comfortable playing back with Dak Prescott plus their running game playing well with their current playstyle. As for the already eliminated Washington Commanders, they sadly don’t really have the talent on any of their QBs to push the Cowboys’ defense back. Dallas will need as much practice as possible before most likely going against Tampa Bay and Tom Brady to start their playoffs campaign.

Ron Rivera has not been up to form in the NFL for the Commanders this season, and most likely could be an unexpected staff member appearing on “Black Monday.” The Cowboys need a win here and a loss by the Eagles to officially win the NFC East division. On other terms, Dallas will fall and play against Tampa Bay in the wild-card round as the #5 seed. The Commanders were eliminated back on Sunday, as they went into a rough patch and have not won a single game since November 27th.

Something fans and analysts alike are still surprised about is Ron Rivera’s decision to place Carson Wentz back at starting QB in Week 17, as Wentz has an absurd amount of interceptions this season alone. Nevertheless that is in the past now, and the Commanders are on the sidelines for the postseason with one very tough match remaining against Dallas.

The Cowboys have won their last 3 matches where Dak Prescott has completed more than 70% of his passes, however this will not be enough in the playoffs stage if he is not able to cut his interceptions moving forwards.

This will be an easy clean up for Dallas and a momentum booster going into the playoffs, take a Cowboys win.

Let’s check the latest NFL picks, news, stats and NFL expert picks for Cowboys vs Commanders. We’ve plenty of NFL predictions for you to consider.

The implied probability for these two teams attached to the betting lines have Commanders at a 27.55% chance of winning the game, meanwhile Cowboys have 76.19% probability of finishing the game with the W.