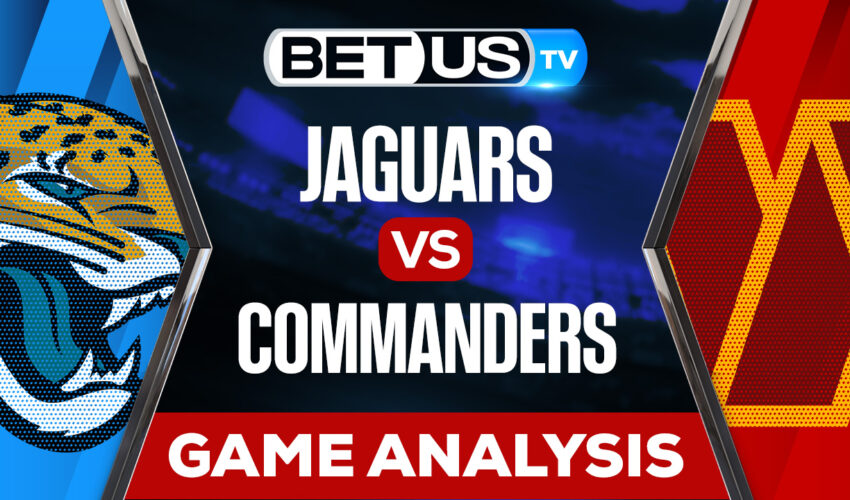 The Washington Commanders open the regular season at home against the Jacksonville Jaguars this Sunday at FedEx While. While the Jaguars are much improved, free agency spending spree aside as ditching Urban Meyer is a colossal win, the Commanders have a great opportunity to open the year on the winning side of things in the 2022 NFL Season.

Even though new head coach Doug Pederson should bring leadership, maturity and stability to the Jaguars organization following the Urban Meyer Error, some might think that the Commanders are heavily favored in this matchup. But Washington is no word-beater and Jacksonville is much-improved as they have earned the first pick in the last two NFL drafts. They brought in tight end Evan Engram from the Giants, WR Christian Kirk from the Cardinals, LB Foye Oluokun from the Falcons and CB Darious Williams from the Rams.

Furthermore, it’s Week 1 so some rust is to be expected. And based on how the Commanders looked in preseason, there will definitely be rust on display. While the Jaguars are improved on paper, they struggled against both the run and pass last season and it’s hard to imagine they made major strides after one offseason. Expect a balanced attack from Scott Turner with Washington’s defensive line imposing its will against an inferior Jags OL, which PFF ranked 26th of 32 teams for this season.

It’s safe to expect a tightly-contested Commanders win on Sunday. But there are a few reasons to tread lightly, especially since Washington is going to be starting Carson Wentz at quarterback, who has not had a lot of success against the Jaguars recently, which shouldn’t instill much confidence this time around. This is the same quarterback that committed two turnovers to Jacksonville in Week 18 last year as a member of the Colts, who missed the playoffs.

Let’s check the latest NFL picks, news, stats and NFL expert picks for Jaguars vs Commanders. We’ve plenty of NFL predictions for you to consider.

The implied probability for these two teams attached to the betting lines have Commanders at a 58.33% chance of winning the game, meanwhile, Jaguars have 45.45% probability of finishing the game with the W.