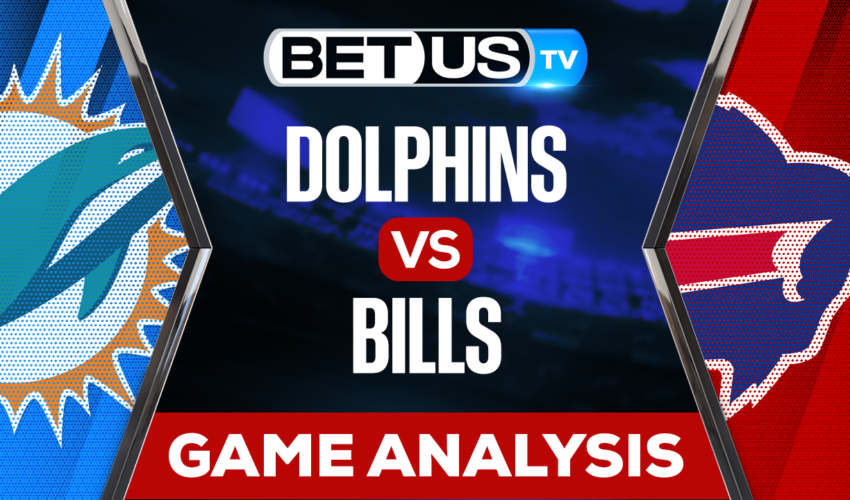 At Highmark Stadium, the Buffalo Bills will play host to the Miami Dolphins for the second time in a span of a little under a month’s time. This time, there is obviously a lot more on the line because we are playing in the playoffs and the Lombardi trophy is only a couple victories away.

When starting quarterback Tua Tagovailoa got injured, the Dolphins’ season took a turn for the worst. When he returned, they continued where they left off, but when they encountered playoff opponents like the Niners, Chargers, and Bills, they lost three straight games.

When Tagovailoa had a second concussion against the Packers and missed the rest of the team’s regular-season games, their wobble deepened. Fortunately for them, during Week 18, Skylar Thompson delivered a victory to advance the Dolphins to the postseason.

The Dolphins’ head coach, Mike McDaniel, stated he doesn’t want the results of the past to limit Miami’s potential in the present. The Dolphins are 29th in the league in rushing and have been erratic throughout the whole season. The weather on Saturday may give Miami an opportunity to establish the run early on.

Meanwhile, the Bills are much more acclimated to the weather; since 2020, they have gone 10-1 at home when the game was played on or after November 29, including in the playoffs. The Bills are 7-2 versus Miami in their last nine home games in December, excluding a 16-3 defeat in Buffalo’s “home” game played indoors in Toronto in 2008.

The AFC-leading Bills are one victory away from securing their fourth consecutive postseason appearance and are in position to capture their third consecutive division crown. The Bills are also motivated to atone for the previous encounter, which they lost despite holding a 17-14 third-quarter lead and outgaining the Dolphins 497 to 212 yards.

Let’s check the latest NFL picks, news, stats and NFL expert picks for Dolphins vs Bills. We’ve plenty of NFL predictions for you to consider.

The implied probability for these two teams attached to the betting lines have Bills at a 88.89% chance of winning the game, meanwhile Dolphins have 15.38% probability of finishing the game with the W.