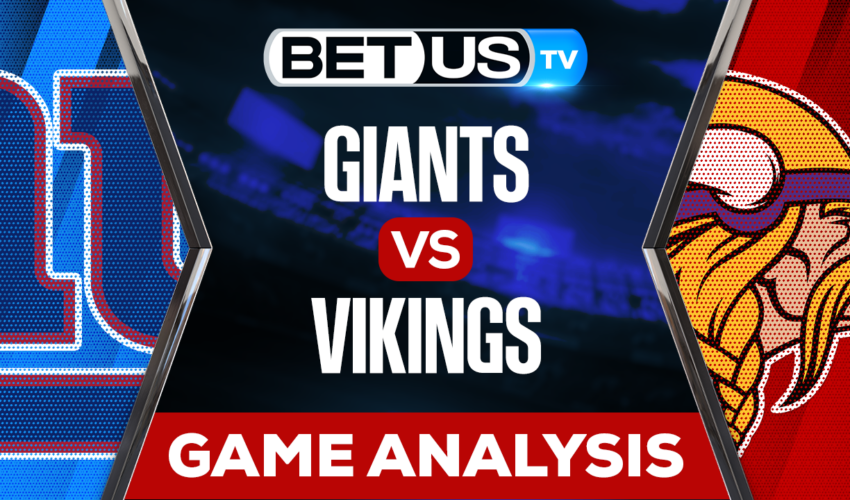 The NFL postseason is here and with it great games. This coming January 15th we will have a game corresponding to the NFC Wild Card in which the New York Giants and the Minnesota Vikings will face each other in what will undoubtedly be an excellent game.

The New York Giants team had to suffer in order to get into the playoffs this season. They come to this game after losing their last game of the regular season against the Philadelphia Eagles by a score of 22-16. The Giants finished third in the NFC East with a 9-7-1 record. One of the highest points of the season was being able to take their games away from home, where out of 8 games played they managed to win 4 of them as visitors for a performance of 50%. The New York team had a great season, but in their last 5 games they did not have their best performance and were close to not qualifying for the Playoffs, since out of these 5 games they lost 3 of them. For the start of the postseason, the Giants have several of their players in doubt, among them are: Jason Pinnock, Adoree’ Jackson, Azeez Ojulari, Leonard Williams and Jon Feliciano.

The Minnesota Vikings were the best team not only in their division but also one of the strongest in the entire regular season. The Vikings have won 3 of their last 5 games. One of the highest scores this season was its offensive line commanded by Kirk Cousins, Dalvin Cook and Justin Jefferson, who were key pieces for the team. The Minnesota team would finish the regular season first in the North of the national conference, with a positive record of 13-4. In addition to having a strong offensive line, they also made their home, the U.S. Bank Stadium a strength, in which they only lost 1 of the nine games played.

According to the statistics, the Minnesota Vikings arrive as the favorites to win the game with 57.3%, while the New York Giants arrive at this game with a 42.1% chance of winning. What we do know is that without a doubt these life and death games will give us something to talk about in what is the beginning of the end in this NFL season.

Let’s check the latest NFL picks, news, stats and NFL expert picks for Giants vs Vikings. We’ve plenty of NFL predictions for you to consider.

The implied probability for these two teams attached to the betting lines have Vikings at a 61.54% chance of winning the game, meanwhile Giants have 41.67% probability of finishing the game with the W.