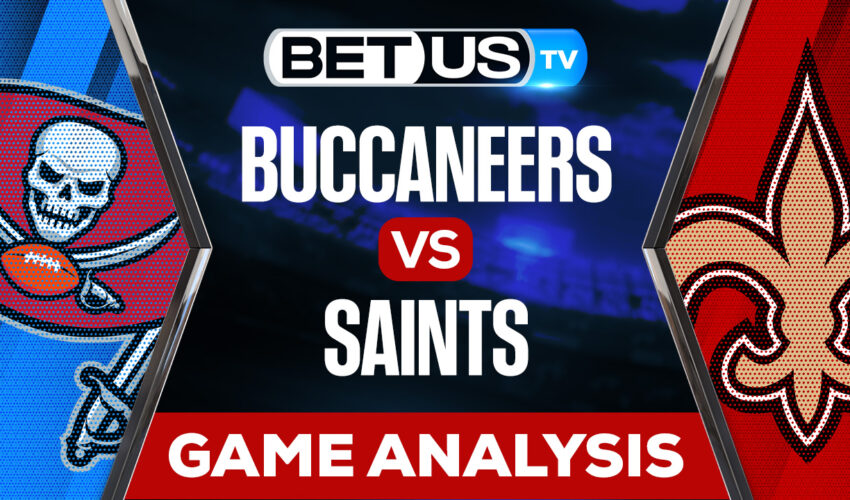 The New Orleans Saints sit atop the NFC South after Week 1. The only other team at the top with them just so happens to be their Week 2 opponent, The Tampa Bay Buccaneers. It’s no secret that the Saints have had Tampa’s number since Tom Brady signed there in the 2020 offseason. The only time Brady’s Bucs toppled the Saints was during the divisional round of the playoffs that same season, otherwise, it’s been all New Orleans in this rivalry.

Last year’s performances against Tampa Bay were very impressive, as the Saints beat them in convincing fashion both times, including a 9-0 shutout win over the Bucs on Sunday Night Football. That was one of my favorite games last year and hopefully, we see a repeat of it this time around. New Orleans has not only managed to go 4-0 against Brady’s Bucs but for whatever reason, they’re able to blow the doors off of Tampa Bay whenever the two teams square off.

While the Saints had some major hiccups on both sides of the football during their 27-26 victory over the Falcons, it’s expected for there to be rust in Week 1, especially when not many starters play during the preseason. That Week 1 game was the first time a lot of these guys played together as a unit and it showed. Also, the defense had a tough time stopping the run and failed to sack Marcus Mariota once.

Meanwhile, The Buccaneers didn’t need to try too hard in their season opener, securing a 19-3 win over the Dallas Cowboys. Leonard Fournette carried the ball 21 times for 127 yards in the victory, while Mike Evans had five catches for 71 yards and a touchdown. For this game, the Buccaneers will need to protect Brady better in passing situations. The Saints didn’t put together a great pass rush last week but are very capable of getting through this Tampa Bay offensive line that looked really poor last week.

Let’s check the latest NFL picks, news, stats and NFL expert picks for Buccaneers vs Saints. We’ve plenty of NFL predictions for you to consider.

The implied probability for these two teams attached to the betting lines have Buccaneers at a 58.33% chance of winning the game, meanwhile Saints have 45.45% probability of finishing the game with the W.