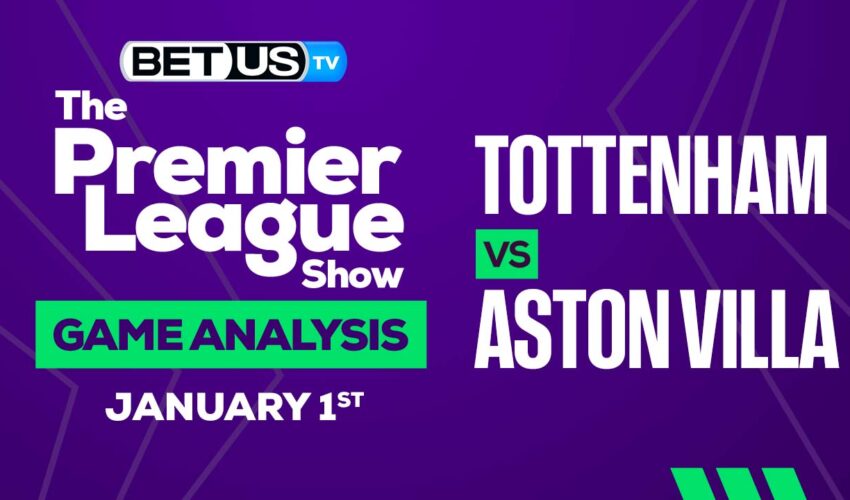 After the return to action of the most important soccer leagues due to the soccer world cup, we also have great matches. This next January 1 we will have a game between a team that wants to continue fighting for the top positions and another that will seek not to fall into the relegation places. This is the game between Tottenham Hotspurs and Aston Villa.

In his return to action, the Aston Villa team has just lost its last game played, this against the Liverpool team. They would lose by a score of 3-1. Despite this defeat, the team led by Unai Emery have won 2 of their last 3 Premier League games, one of them against Manchester United (3-1) and against Brighton & Hove Albion (1-2). . What has filled the team with motivation to be able to get out of the very difficult situation in which they find themselves. Among the main figures of the Aston Villa team are Danny Ings, who is the team’s top scorer with 5 goals, along with Ollie Watkings and Douglas Luiz, who have been key players in the team’s performance. Aston Villa is in the twelfth position of the Premier League with 18 points, so they need the 3 points, since they are just 5 points from the relegation places.

Tottenhamp Hotspurs lives a very different reality. The team led by Harry Kane comes from having tied their last game played against the Brentford team by a score of 2-2. Their last defeat was on November 9 when they were defeated by Nottingham Forest by a score of 2-0, this for the Carabao Cup. There is no doubt that the Tottenham team is always one of the teams called to appear in the Premier League and is not for less. With players of the stature of Harry Kane, Ivan Perisic and Son Heung-Min, the team has had a very good performance, so much so that it is already fighting for the European positions for the following season.

In the confrontations between the two teams there is a clear advantage for the Tottenham team, since of the last 5 games played it is Tottenham who has taken advantage, winning 4 of them, while Aston Villa has only managed to win one of them. Statistics that put Tottenham as favorites to win this game to be held at Tottenham Hotspur Stadium.

The implied probability for these two teams attached to the betting lines has Tottenham at a 59.18% chance of winning the game, meanwhile Aston Villa has 20.62% probability of finishing the game with the W.