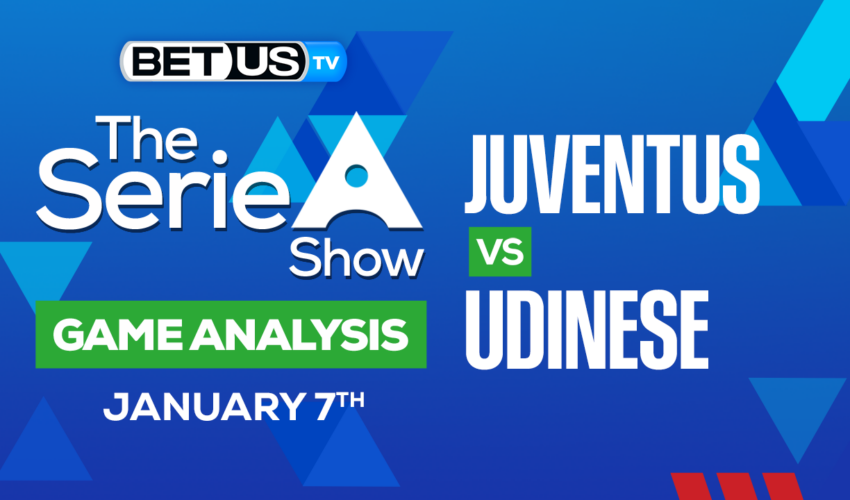 A hectic January schedule for Serie A is anticipated; today, we’ll take a look at the Saturday match between Juventus and Udinese, which is going down at Allianz Stadium. With Udinese hovering just outside of the European positions, Juventus is sure that they can launch a title challenge in 2023.

The current leaders in the race for the Scudetto are Napoli, but Juventus has learned some valuable lessons over the last year, and the upcoming weeks will be a key test for them. With Max Allegri’s team in a great position at the start of 2023, Juventus will be seeking to gain some ground on their title rivals in the upcoming weeks.

This season, Juventus has been especially strong at home. Allegri’s team is unbeaten in league games played in Turin, and they will be heavy favorites to win this game because Udinese has lost their past four away league games.

With four straight Serie A home clean sheets coming into this match, Juventus has also shown that they are a formidable defensive barrier for their opponents in Turin. Additionally, they have not allowed a league goal at the Juventus Stadium since September 11th.

Juventus has continued to produce results on the field, despite the off-field turbulence that is engulfing and worrying the club, although ineffectively. The Old Lady, managed by Massimiliano Allegri, comes into this match off a 1-0 victory over Cremonese in stoppage time of the second half.

They now play Udinese, who enter this match after a midweek 1-1 tie with Empoli in their most recent match, maintaining the Friulians’ terrible form. It is anticipated that there won’t be many goals scored in this game because Juventus will be heavy favorites.

All indications point to a victory for the home team in this match, but they might have to be content with a narrow triumph. The goal for Allegri and his team this month is to cut the gap on Napoli and Milan at the top of the table, thus getting three points on the board is their main objective.

Let’s check the latest Serie A picks, news, stats and Serie A expert picks for Juventus vs Udinese. We’ve plenty of Serie A predictions for you to consider.

The implied probability for these two teams attached to the betting lines has Juventus at a 56.52% chance of winning the game, meanwhile Udinese has 21.05% probability of finishing the game with the W.