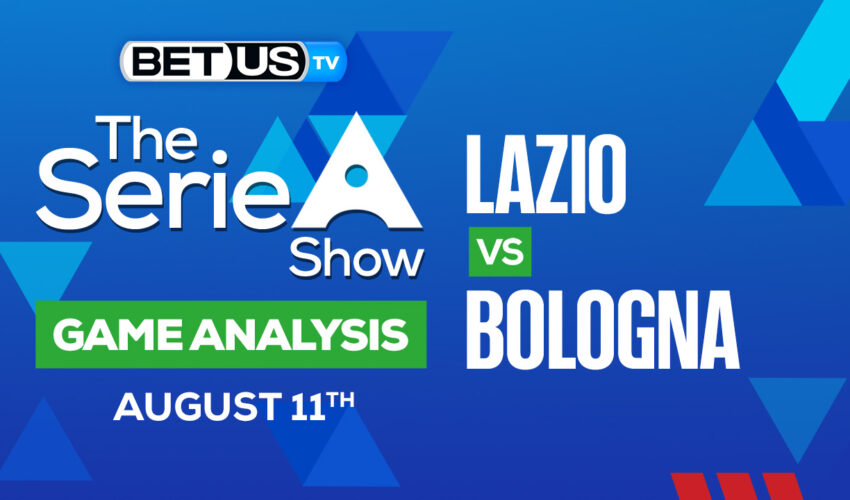 Lazio and Bologna kick off their 2022-23 campaign against each other on Sunday at Stadio Olimpico. Following a goalless draw with Real Valladolid in their last warm-up game, Lazio will look to kick off the new Serie A campaign on a positive note.

The club chiefs did well to sign Shakhtar Donetsk midfielder Marcos Antonio earlier this summer, and the Brazilian is likely to make his Serie A debut against Bologna. There are no injury worries in the home team ahead of the season opener. In their encounter against Bologna at home, Lazio recorded a routine 3-0 win over Bologna

Now looking at Bologna, they continue to rely on Marko Arnautovic, who has been on Manchester United’s radar of late. Sinisa Mihajlovic’s troops, though, are not regarded as good travelers, and we do not believe that they are capable of claiming a major scalp in the opening match of the season. But just like Lazio, Bologna won their home match against Lazio on a 3-0 score too.

Last season, Bologna finished on a 12-10-16 record, 7 places below Lazio, who closed up their campaign with an 18-10-10. While both teams made a few changes during the off-season, it’s still very clear that Lazio is the favorite ones coming into this match. Especially if we take into consideration that Mario Gila impressed his team in Lazio’s pre-season friendly against Qatar recently.

Gila has had excellent ball movement, and both his tackling and marking were also impressive. Sarri is starting to appreciate the pairing of the Spaniard and Alessio Romagnoli, with the duo looking more in tune than a defense involving Nicolo Casale. Sarri will continue to tinker with his defense as he looks for the right setup ahead of the new campaign, aware that some players take a little longer to adapt to his system than others.

Let’s check the latest Serie A picks, news, stats and Serie A expert picks for Lazio vs Bologna. We’ve plenty of Serie A predictions for you to consider.

The implied probability for these two teams attached to the betting lines has Lazio at a 62.96% chance of winning the game, meanwhile, Bologna have 18.18% probability of finishing the game with the W.