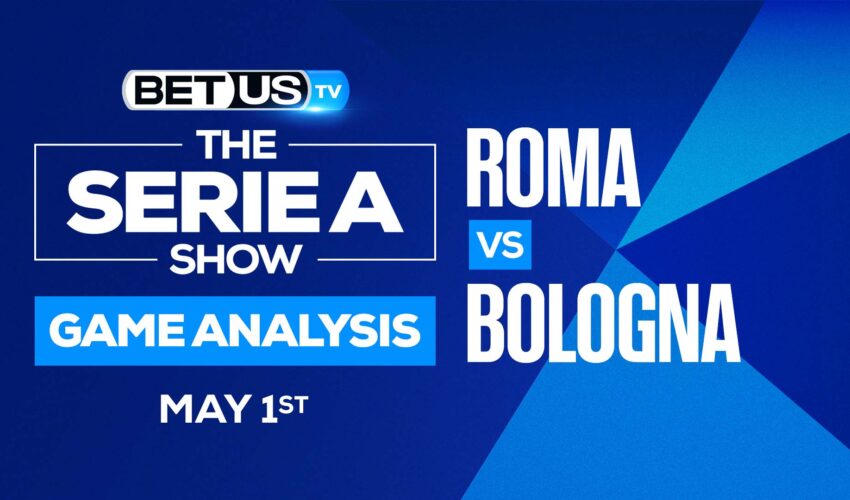 Roma is hosting Bologna at the Stadio Olimpico Stadium on May 1st. José Mourinho’s team is sitting in 5th place only 2 points ahead of Lazio and 8 points behind Juventus, making it almost impossible to climb higher in the standings.

Roma has to be careful because Bologna is currently unbeaten in their last five games and might have a chance at getting an upset win over them. Bologna recently defeated Serie A’s 2nd-place team Inter with a 2-1 score, making them a real threat to top teams.

Mourinho’s Roma didn’t have the same fate as Bologna did against Inter. They started off down against Simone Inzaghi’s men and they fell behind more and more as the game progressed. Henrikh Mkhitaryan managed to score one goal against Inter but it wasn’t enough, the end result was 3-1 in favor of Inter. Roma has been on a shaky patch and they need to tread carefully against Bologna, the team that is looking to take down the higher-rated teams.

Bologna’s win against Inter is just the tip of the iceberg. A couple of weeks before facing Inter, Bologna had to play against Juventus and they unexpectedly went even with a 1-1 draw in a match where they got two red cards.

Bologna had 9 shots against Juventus’ 23 but somehow still managed to get an even score, making it even more impressive. If we look at the upcoming matches for Bologna, it’s not crazy to say that they can keep their unbeaten streak going.

If Bologna manages to win against Roma then they’ll become Serie A’s dark horse as they’ve been able to consistently perform against the best teams in the league. Roma’s placing throughout the season has been a rollercoaster and the last time they faced Bologna they ended up dropping the match 0-1. If Roma fails to find their footing in these last weeks of the season, there is a chance they fall off the top 7.

The implied probability for these two teams attached to the betting lines have Roma at a 71.43% chance of winning the game, meanwhile Bologna have 12.12% probability of finishing the game with the W.

AS Roma Bologna FC Serie A