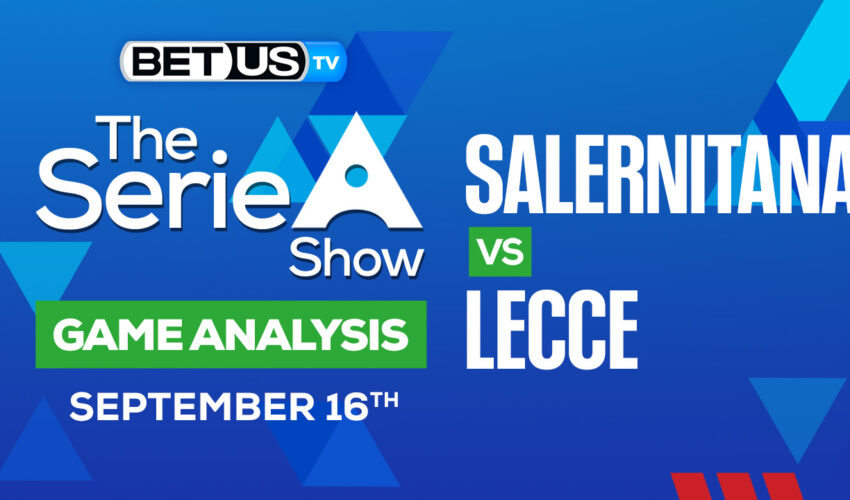 Salernitana play host to Lecce in Serie A on Friday, with the visitors still searching for their first win since being promoted. The hosts, meanwhile, have drawn four of their opening six matches, suggesting that they will prove much tougher to beat than when narrowly surviving on the final day of last season.

Lecce have struggled to adapt to the step up in class after winning Serie B last season to return to Italy’s top flight. However, their 1-1 draw at home to fellow newly-promoted outfit Monza on Sunday did at least ensure that they remained outside of the relegation zone, with three draws and three defeats enough to keep them in 17th position heading into the weekend.

In a game devoid of any major quality, Joan Gonzalez Canellas leveled the proceedings three minutes after half time, after Stefano Sensi had provided the visitors with the lead shortly after the half-hour mark.Marco Baroni will be more than aware that a better performance from his team will likely be required if they are to avoid defeat in Salerno on Friday, having seen their forthcoming opponents invest heavily in their playing squad during the summer.

Meanwhile, the Garnets were hugely fortunate to escape the Juventus Stadium with a 2-2 draw on Sunday, even accounting for the fact that they led 2-0 at half time. Strikes from Antonio Candreva and Krzysztof Piatek had provided the visitors with a shock two-goal cushion, but Bremer’s well-taken header six minutes after the break breathed new life into Juventus as they went in search of completing a terrific comeback.

Leonardo Bonucci dramatically equalized in injury-time before Arkadiusz Milik looked to have won it at the death with an excellent header from a corner, but Bonucci was harshly adjudged to have been interfering in an offside position, leading to wild scenes after Milik was shown a second yellow card for taking his shirt off despite the Pole’s winner being chalked off.

Let’s check the latest Serie A picks, news, stats and Serie A expert picks for Salernitana vs Lecce. We’ve plenty of Serie A predictions for you to consider.

The implied probability for these two teams attached to the betting lines has Salernitana at a 47.62% chance of winning the game, meanwhile Lecce has 38.46% probability of finishing the game with the W.

Serie A US Lecce US Salernitana 1919