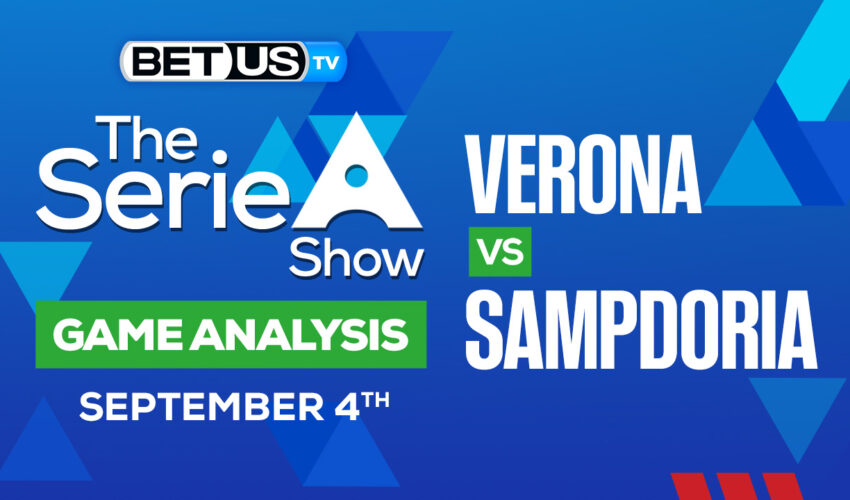 On Sunday, Hellas Verona will host Sampdoria at the Stadio Marc’Antonio Bentegodi, as both teams look for their first win of the new Serie A campaign. The home side has picked up two points from their opening four Serie A outings. Gabrielle Cioffi’s team has drawn against Bologna and Empoli while suffering defeats against Napoli and Atalanta. The visitors have picked up two points from their four outings in the Italian top-flight this season so far. However, it could be argued that the Blucerchiati has had a demanding early season schedule, though they remain hopeful to turn things around.

For Hellas Verona, the draw against Napoli last time out means that they are winless in their previous seven league games dating back to last season. One of Verona’s main issues is their defense, as they have not kept a clean sheet in their last 11 matches in the Italian top-flight. Verona’s recent home record is a poor one, as they have failed to win in five league games on home soil, including four straight defeats at the Stadio Marc’Antonio Bentegodi in Serie A, which is definitely disappointing for all of their fans that are attending the stadium.

Sampdoria has lost against Atalanta and Salernitana, and drawn with Juventus and Lazio. The 1-1 draw with Lazio last time out means that Sampdoria are five games without a victory in Serie A dating back to last season. Scoring goals has been a major problem for Samp in recent games, as they had failed to score in their four league games before the Lazio draw. Sampdoria has a woeful recent away record in the Italian top-flight, having won one of their last 12 league matches on their travels. They have also lost four of their previous five away games in Serie A, failing to score in each defeat.

Let’s check the latest Serie A picks, news, stats and Serie A expert picks for Verona vs Sampdoria. We’ve plenty of Serie A predictions for you to consider.

The implied probability for these two teams attached to the betting lines has Verona at a 48.78% chance of winning the game, meanwhile, Sampdoria have 27.78% probability of finishing the game with the W.