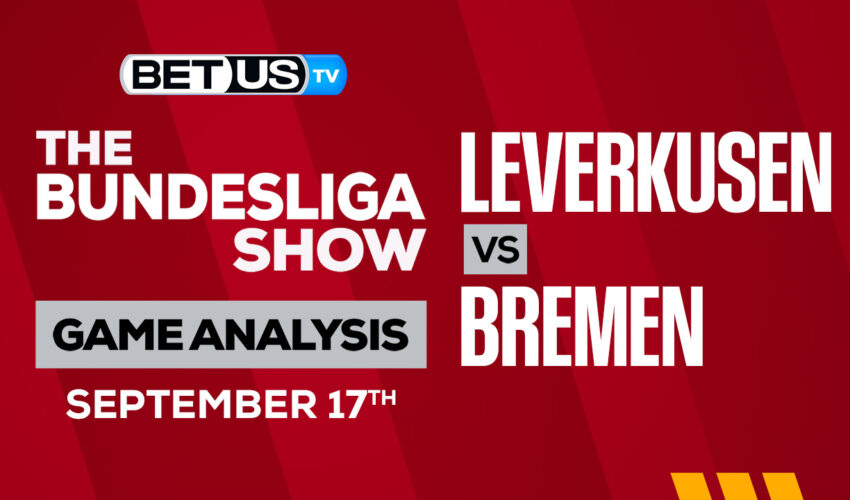 On Saturday, Bayer Leverkusen will be desperate to move outside of the relegation places in the Bundesliga when they take on Werder Bremen. The visitors, meanwhile, have performed above expectations after gaining promotion last season, as they occupy a place in the top half of the table heading into the weekend’s fixtures.

Following their promotion last season, Bremen may have feared a painful relegation battle themselves, but their early season form suggests that they may possess the ability to avoid being embroiled in one.

However, two defeats in their last three matches may have dampened expectations around the club somewhat, particularly after last Friday night’s 1-0 defeat at home to Augsburg in a feisty affair.

Despite dominating possession with 71% of the ball across the 90 minutes, Ermedin Demirovic’s 63rd-minute strike for the visitors proved to be the difference between the two teams on the day, with no late goal rescuing Bremen this time having already scored five goals in injury-time this season.

Head coach Ole Werner will have been more than aware that scoring so many late goals is not a sustainable way of picking up points, though, even if it does suggest strong amounts of character and fitness within his dressing room.

For Leverkusen, after four defeats from their opening five league games, as well as an embarrassing defeat to lowly-ranked Elversberg in the first round of the DFB-Pokal, there have at least been green shoots of recovery in the past week.

Staring yet another defeat in the face when Marco Richter’s strike made it 2-1 to Hertha Berlin at the Olympiastadion, Patrik Schick’s second goal in two matches rescued a point to ensure that they at least returned home with something to show for their considerable efforts.

Gerardo Seoane’s side looked to be heading for another draw against Atletico Madrid in the Champions League in midweek, but two late goals from Robert Andrich and Moussa Diaby sparked wild celebrations at the BayArena, keeping alive their hopes of progressing to the knockout stages having been defeated by Club Brugge in their opening match in Group B.

Let’s check the latest Bundesliga picks, news, stats and Bundesligaexpert picks for Leverkusen vs Bremen. We’ve plenty of Bundesligapredictions for you to consider.

The implied probability for these two teams attached to the betting lines has Leverkusen at a 60% chance of winning the game, meanwhile, Bremen has 21.98% probability of finishing the game with the W.