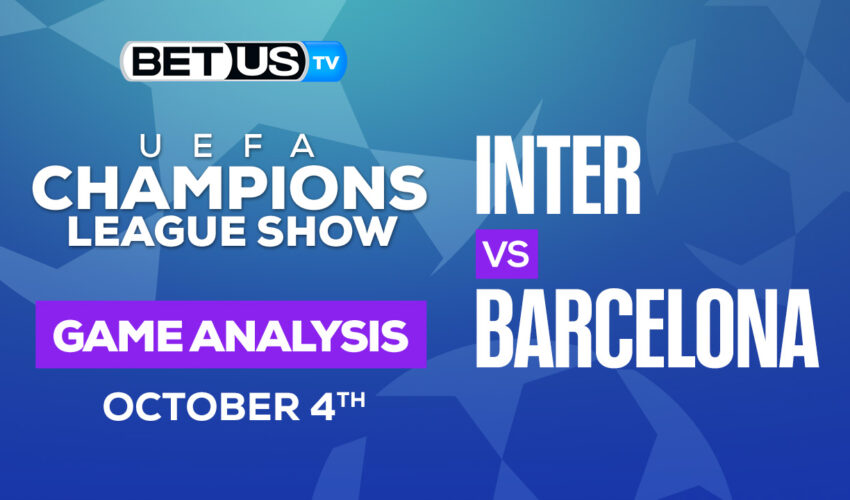 Italian giant Inter Milan will face off this Tuesday against recent La Liga leader, FC Barcelona, at Guiseppe Meazza stadium in Milan. We’ve seen many great European cup games between these two sides, and this will not be any different. Inter is coming off two straight Serie A losses, being the most recent against Roma this past weekend, so Inzaghi’s team will be looking to straighten the way in the Champions League. Meanwhile, Barcelona recently defeated Mallorca in La Liga and took advantage of Real Madrid’s draw to become the new leader. Bayern Munich are on top of group C, followed by Barcelona and Inter, with 3 points apiece, so Tuesday’s match will be one to watch.

To face Barcelona, Inter will not be able to play neither Marcelo Brozovic nor Romelu Lukaku, who are both recovering from thigh injuries. Belgian star Lukaku is set to return in a couple of weeks while Brozovic’s return is yet to be disclosed. Inter have a strong team that can go head-to-head with Barca, however, Barella, Calhanoglu and Lautaro Martinez will have to be on their best game in order to overcome Barcelona’s strong midfield and attacking end.

At Can Barca, there’s a bit of uncertainty due to injuries that have been suffered by key players recently. Dutch international Frenkie De Jong is still recovering from muscular problems and will most likely be unavailable for this game. Hector Bellerin and Memphis Depay are in doubt as well, due to muscular issues. French center back Jules Kounde and Uruguayan Ronald Araujo suffered serious injuries during the international break and will be out of competition anywhere from 5 to 7 weeks, putting their 2022 World Cup participation in jeopardy.

Barca and Inter have played a total of 7 European cup games on Italian soil and it looks pretty favorable for the Spanish side. The Culers have picked up a total of 2 wins, 4 draws and only two losses when visiting Guiseppe Meazza, which means Inter will have to overcome history as well.

for these two teams attached to the betting lines have the Inter at a 23.53% chance of winning the game, meanwhile the Barcelona has 54.55% probability of finishing the game with the W.