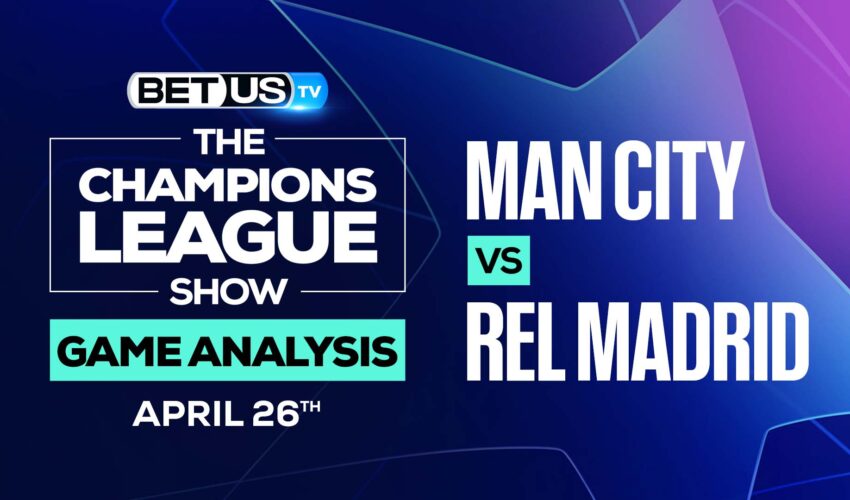 Real Madrid will face the Premier League title holder in the semifinals of the 2021-2022 UEFA Champions League season. The match will be played at the Manchester City F.C. home, the Etihad Stadium, on April 26.

Manchester’s Pep Guardiola will have another chance at taking down his old enemy. The Spanish manager has come out on top against Real Madrid 2 of the 3 times they met in a knockout stage, and he did it under a different club every time. The only time he lost was under the Bayern name in 2014. If Manchester City wants to have a chance at winning the Champions League, they will have to take down Real Madrid as Guardiola has done in the past.

On the other side, we have Carlo Ancelotti, regarded as one of the greatest and most successful managers in the world. His team always delivers and considering the power Real Madrid has, it’s not a surprise if they can beat any of the best teams in the world. We’ll have to keep an eye on Real Madrid’s Modric because last time he didn’t get any playtime and got rested when Karim Benzema took over. Carlo Ancelotti said that “Modric is a little tired and that’s why I’m going to give him a rest tomorrow… If a player like Benzema is playing well and feeling good he doesn’t need to rest. It makes no sense to not play him”

This shows that Ancelotti feels pretty comfortable with all of his players, and after all, Benzema is one of the best forwards of his generation, and he is more than capable of playing against a team like Manchester City. This will be an exciting game to watch, especially because we all know that Real Madrid can always deliver when it comes to key moments.

for these two teams attached to the betting lines have the Man City at a 67.74% chance of winning the game, meanwhile the Real Madrid have 15.38% probability of finishing the game with the W.