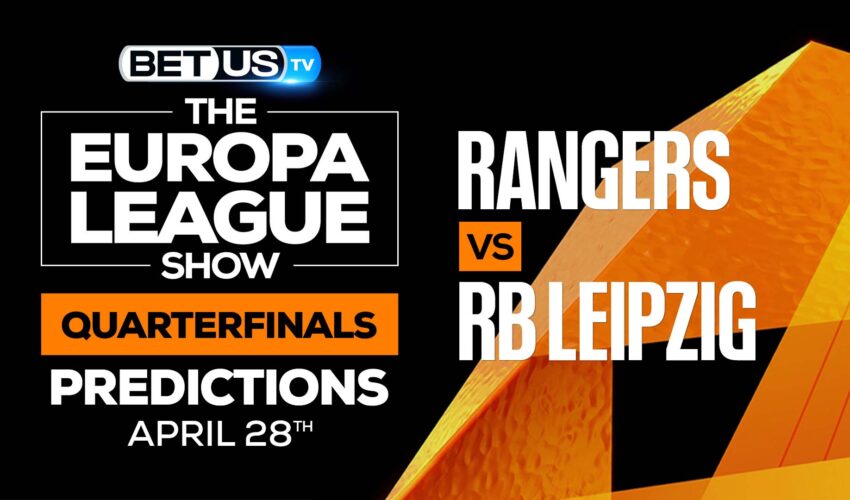 RB Leipzig will play against the Rangers at the Red Bull Arena on Thursday, April 28 in the semifinal’s first leg. The last time these two teams met was over 5 years ago in a friendly match and RB Leipzig came out on top 4-0.

Last Saturday, Leipzig lost their match against Union Berlin in the Bundesliga where Yussuf Poulsen was the only Leipzig player able to score a goal. RB Leipzig is now looking to bounce back in a match where they might be the heavy favorites after showing a dominating performance so far in the knockout phase.

Leipzig is on a clear path to take over the league and has strong possibilities to win it all. The team has been performing better than expected, but Nkunku, Laimer, and Gvardiol have all shined the most. We can look back at the quarter-final second leg against Atlanta, where Nkunku scored 2 goals. This will give a huge boost to Leipzig and Nkunku will be the player to watch in their upcoming match.

The Rangers come into this match as the underdogs and their run in the knockout phase hasn’t been that spectacular. They lost the quarter-final first leg against Braga but managed to come back during the second leg quite convincingly. Although these teams haven’t played each other in a while, the Rangers have a nice 17-15-17 record against German teams.

Giovanni van Bronckhorst has a huge challenge in the upcoming match but we’ve seen the team have glimpses of potential. Unfortunately for The Rangers, their Men’s Player of the Year Award winner, Alfredo Morelos, is currently on the injured list and this will put them in an uncomfortable position.

If the Rangers want to succeed in this match, they will have to play their best game. RB Leipzig’s dominant playstyle is going to be extremely hard for the Scottish team to overcome.

The implied probability for these two teams attached to the betting lines have Leipzig at a 72.97% chance of winning the game, meanwhile Rangers have 10.81% probability of finishing the game with the W.