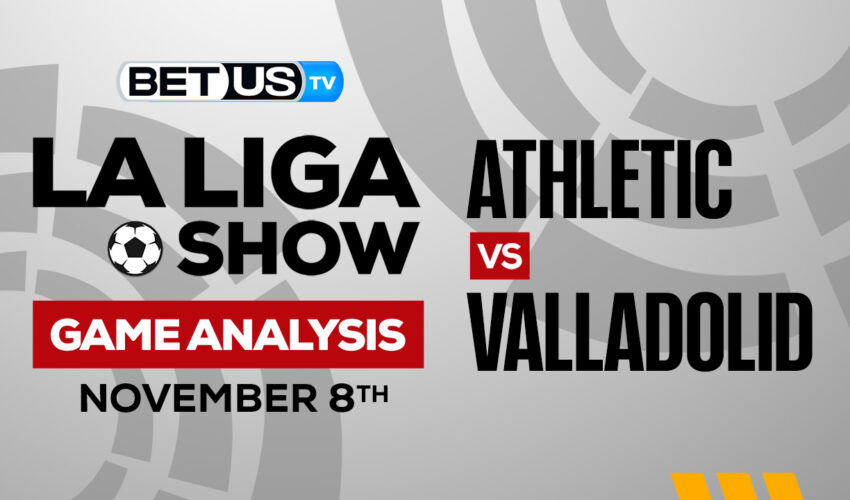 Duel between two teams located in the middle of the La Liga classification table, this is what we will have between Tuesday, November 8, when Athletic Club de Bilbao receives Valladolid, in a game corresponding to date 14 of La Liga.

The visiting team, Valladolid, comes from an important victory the previous date against Elche CF by a score of 2-1 in a highly disputed game. The Valladolid team has a very clear objective and that is to be able to reach the positions of European competitions for the following season, an objective that excites its fans and that is already a reality that they see very closely taking into account the performance of the team. Currently those led by José Rojo Martín are tenth in the standings with 17 points and are only 6 points away from getting into European positions, so they will undoubtedly go out with everything to get the 3 points in this game.

But they don’t have an easy rival, since Athletic Club de Bilbao also has very clear aspirations and they don’t want to let their closest rivals walk away. Elo Athletic Club comes from a painful defeat against one of the last places, Girona FC, by a score of 2-1 the previous day, which forces it even more to get the 3 points. Currently the team is in seventh position with a total of 21 points, only 2 points from European competitions, so a win could bring it closer each time to this goal, and why not even put pressure on the top positions of The league.

This will undoubtedly be a highly disputed game for what each of the teams is playing, more than anything to get the places in European competitions. The mythical San Mamés stadium will be the stage where these two teams leave everything on the pitch to bring joy to their fans and to keep their goals alive.

The implied probability for these two teams attached to the betting lines has Athletic at a 69.23% chance of winning the game, meanwhile Real Valladolid has 11.76% probability of finishing the game with the W.