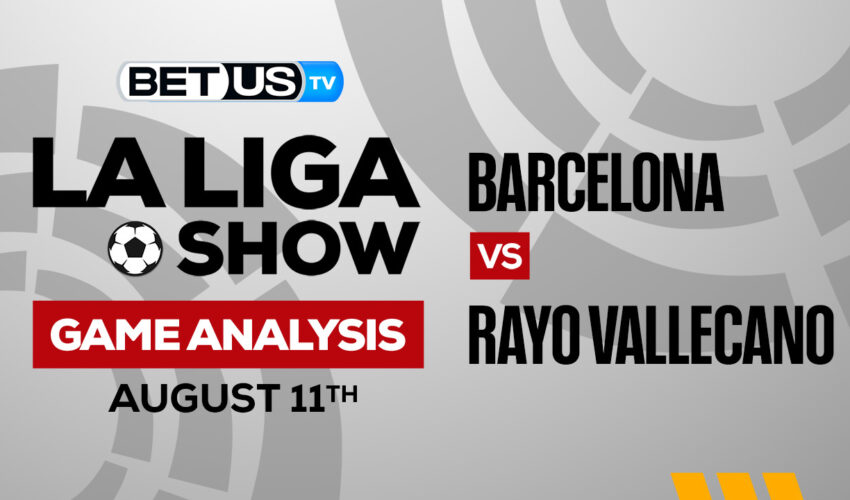 Barcelona and Rayo Vallecano kick off their La Liga campaign with a great match at Camp Nou on Saturday. This will be one of the more highly anticipated games of the 2022-23 La Liga opening week as the world will be introduced to Barcelona’s new look. The Camp Nou faithful will see at least four new faces in their starting 11, with the possibility of more if the team makes more moves before the game.

Another thing that makes this match even more exciting to watch is that the outcome of their latest encounter was a 1-0 win for Rayo Vallecano away from home. Now Rayo Vallecano are currently on a streak of two successive wins against Barcelona. Something worth mentioning is that the home factor has been of little significance in the recent 10 head-to-head clashes as they finished in 5 victories for the sides performing at home and 5 for the traveling sides.

Last season was somewhat disappointing for Barca as they saw their rivals Real Madrid win both La Liga and the Champions League. Barcelona exited early from the Champions League last season after a not-so-great performance and battled the last couple of months in La Liga to finish in the top 3. On the other hand, Rayo Vallecano closed out the season on an opposite trajectory, starting strongly before slipping to 12th place by the end of the year.

But we can’t forget that Barcelona had a very productive summer that has come with the additions of the likes of Raphinha, Robert Lewandowski, and Jules Kounde to their squad. Although they have been unable to register any of the players as yet, there remains optimism within the Barca camp following the impressive pre-season outings that saw them win 5 out of their 7 friendlies, including fierce rivals Real Madrid.

The implied probability for these two teams attached to the betting lines have Barcelona at a 25.97% chance of winning the game, meanwhile, Rayo Vallecano have 51.22% probability of finishing the game with the W.