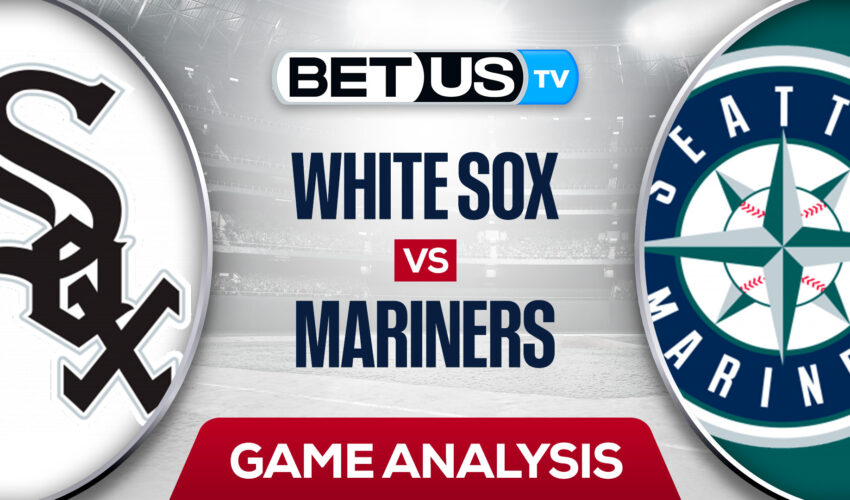 The Chicago White Sox face off against the Seattle Mariners in the second encounter of a three-game series at T-Mobile Park in Seattle, Washington, as the 2022 MLB season goes on Tuesday. Yesterday’s opener was a very close fight between these two teams, though Chicago ended up having the upper hand and closed it out with a 3-2 victory. Also, the White Sox outlasted the Mariners 2-1 in a three-game set at Guaranteed Rate Field in Chicago back in April.

Chicago has improved a good amount throughout the past couple of weeks, hitting a strong .279/.349/.423 with 15 home runs and 21 doubles through their previous 456 at-bats. Last Sunday, the Chicago White Sox put an end to their four-game winning streak, suffering a 5-1 defeat to the Minnesota Twins. The Chi Sox still grabbed their second consecutive series. After outlasting the Kansas City Royals in two of their three encounters at Guaranteed Rate Field, the White Sox outscored the Twins 18-8 in a three-game home set.

The Seattle Mariners beat the Cleveland Guardians 6-3 in 11 innings this past Sunday, extending their winning streak to seven games. During that stretch, the M’s have scored 41 runs and surrendered just ten in a return. Seattle held the top wild card in the American League on Monday, nine games ahead of the White Sox, who trailed the bottom wild card by seven. Seattle is slashing an underwhelming .207/.289/.404 across its last 396 at-bats, but the Mariners have slugged a whopping 21 homers in that span.

Logan Gilbert is heading to the mound today, making his 28th start of the season for the Seattle Mariners. Last Thursday, he tossed six frames of a two-hit ball in a 7-0 dismantling of the lowly Detroit Tigers. Chicago replies back with Johnny Cueto, who is making his 20th start. The 36-year-old righty is 7-6 with a nice 2.93 ERA and 1.17 WHIP over 129 innings pitched. This pitching matchup is definitely going to be an interesting one to watch.

The implied probability for these two teams attached to the betting lines have Seattle Mariners at a 59.18% chance of winning the game, meanwhile Chicago White Sox have 43.48% probability of finishing the game with the W.