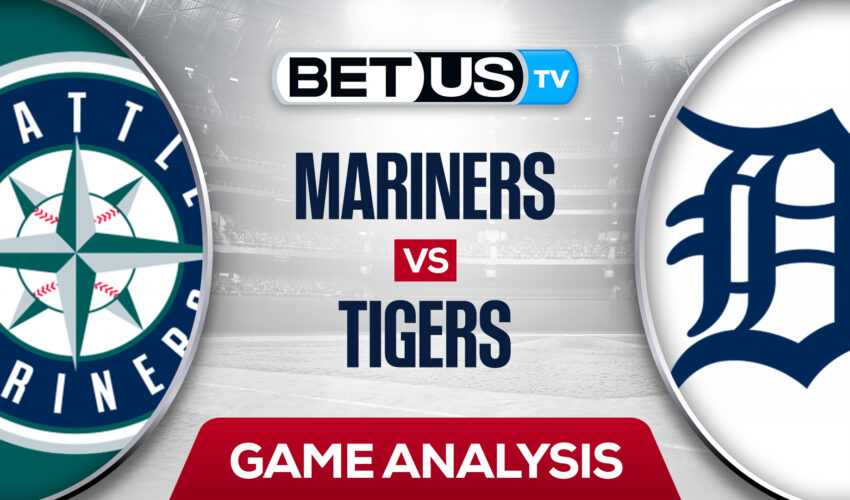 The Seattle Mariners will try to keep building on their momentum when it travels to Comerica Park in Detroit for a series opener Today against the Detroit Tigers. The Mariners won three out of four against Cleveland over the weekend, improving to 12 games above .500. Detroit has been looking good as of late as well, winning seven of its last 11 contests and they have quietly found its best form of the season after a disastrous stretch.

Seattle lost six games in a seven-game stretch against Houston in July after the All-Star break, but the Mariners have been able to put that rough patch behind them. They have gone 8-4 in their last 12 games, including a series win over Cleveland this past weekend. Seattle is hitting the road for a six-game trip that concludes with a rematch against the Guardians next weekend.

The Mariners have not been a great offensive team this season, ranked No. 24 in batting average at .230. First baseman Ty France leads the way with 117 hits, while rookie center fielder Julio Rodriguez has 114 base knocks. Third baseman Eugenio Suarez has hit a team-high 24 home runs. They will be facing a Detroit pitching staff that is No. 19 with an ERA of 3.99.

Detroit was in one of the worst stretches that any team has gone through this season earlier this month, losing 14 out of 16 games. The Tigers have suddenly found some decent form of late, winning seven of their last 11 games. They have won series against the Guardians, Angels and Rangers during that span, while also splitting two games with San Francisco.

The Tigers have been a bad-looking offensive team, ranked No. 26 with a batting average of .229. Shortstop Javy Baez leads the way with 97 hits, while third baseman Jeimer Candelario has a team-high 12 home runs. They are without second baseman Jonathan Schoop, who is on the 10-day injured list. Detroit is facing a Seattle pitching staff that ranks seventh in the majors with an ERA of 3.58.

The implied probability for these two teams attached to the betting lines has Tigers at a 40.82% chance of winning the game, meanwhile, the Mariners have 62.26% probability of finishing the game with the W.