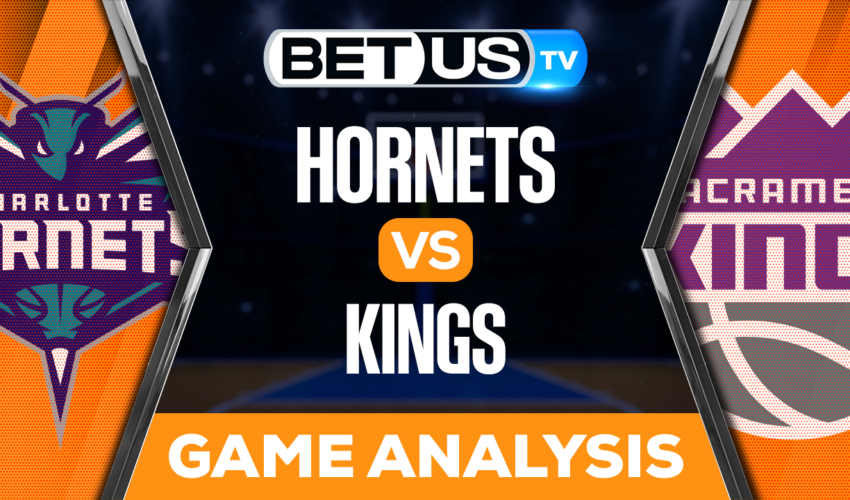 Wake up the Hornets!

This Monday we will have a game between two teams that are going through very different times, one that cannot get up from its losing streak and another that seeks to get into the top of its conference. This is the game between the Charlotte Hornets who will visit the Sacramento Kings.

The home team has been doing things in a great way and this has been reflected in the results they have obtained. The Sacramento Kings was not a team that would pitch as a favorite at the start of the season, however their performance has surprised many. With players like De’aaron Fox and Domantas Sabonis, the team has a 16-12 record, while playing at home they have an 8-4 record, this being a strong point for this game. The Kings team is in fifth position in the Western Conference with a PCT of .571.

Meanwhile the local team continues without being able to win. The Charlotte Hornets have not been able to end the bad moment they are going through and extend their losing streak to 8 games. The last time they triumphed was on December 2, when they defeated the Washington Wizards by a score of 117-116. A team that still can’t find its game this season that its most important players have been left behind in their performance, such is the case of Terry Rozier and Mason Plumlee. Unfortunately for them, the Hornets lose Dennis Smith Jr and Mark Williams, while Rozier is a doubt for this game. They currently sit last in the Eastern Conference with a .233 PCT and a losing 7-23 record.

The clear favorite to win the game is the SAcramentos Kings, who have a 73% probability of coming away with victory, against only 27% for the Hornets team.

Let’s check the latest NBA picks, news, stats and NBA expert picks for Hornets vs Kings. We’ve plenty of NBA predictions for you to consider.

The implied probability for these two teams attached to the betting lines have Hornets at a 21.05% chance of winning the game, meanwhile Kings have 83.05% probability of finishing the game with the W.