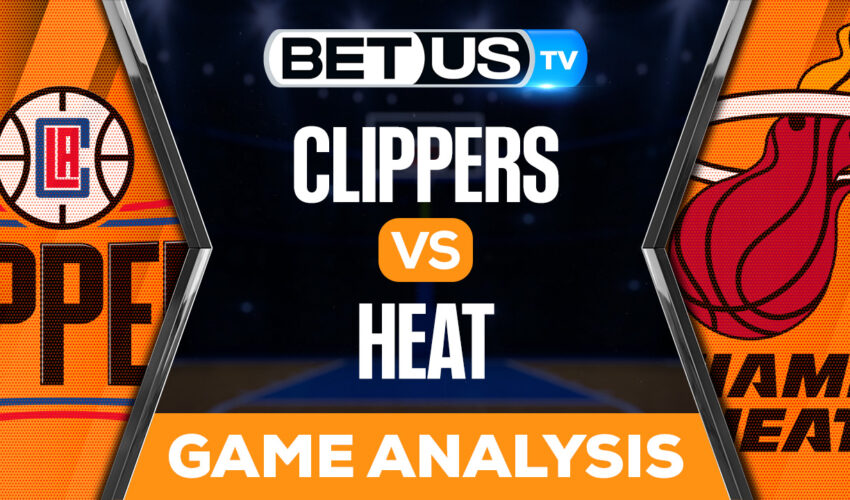 The Los Angeles Clippers vs Miami Heat matchup throws in two similar teams against each other, as both squads are aiming to move up the standings to obtain a playoff ticket. Every single team in the league must perform well during this part of the season, since this is when they can start to build the biggest leads over the rest of the competition.

The Clippers are currently ranked sixth in the Western Conference and are looking to catch up to the Kings and Nuggets. They aren’t doing badly, as they have won three out of their last five games; however, one of their two defeats was against a direct rival in the Sacramento Kings , and they were completely dominated, falling by a score of 123-96.

Fortunately for them, Paul George is back on the court, and against the Charlotte Hornets, a game they won 119-117, he picked up 19 points. Although he’s still finding his groove with the team, the guard’s return is great for the Clippers because he can help them become a much better team.

Now looking at the Miami Heat, although they were ninth in the Eastern Conference, they managed to take down the Celtics in Boston 120-116, which is nothing to scoff at. In that encounter, Bam Adebayo scored 28 points in a game that should give them a lot of confidence, as they avoided two defeats in a row.

Now they have returned from a four-game road trip in which they went 2-2. Returning home should help them improve their season record and climb the standings in the competitive East. The chance to play in Miami will increase their chances of reaching the Raptors and the 76ers.

They have suffered four defeats at home thus far, so they can form a strong run there. They have also lost just twice in their last 10 home games against Miami, giving them a five-game winning streak while playing at home. Taking everything into consideration, beating them at FTX Arena is going to be a hard task for the Clippers.

Let’s check the latest NBA picks, news, stats and NBA expert picks for Clippers vs Heat. We’ve plenty of NBA predictions for you to consider.

The implied probability for these two teams attached to the betting lines have Heat at a 70.15% chance of winning the game, meanwhile Clippers have 33.90% probability of finishing the game with the W.