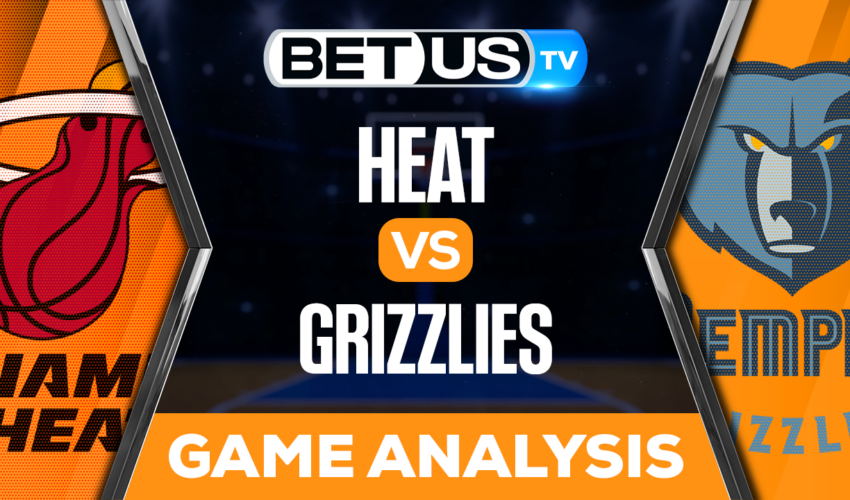 The Miami Heat will battle against the Memphis Grizzlies with tipoff set to start at 8 p.m Eastern Time on Monday, hosted at the FedExForum. Memphis is currently 14-9 overall with a 8-2 scoreline at home, while the Heat are 11-12 overall and 3-8 via away games. The Grizzlies and Heat will both be going into Monday’s game having won 4 out of their last 5 games.

The Memphis Grizzlies were able to finish out the game via pure grit with a confident win over the Detroit Pistons back on Sunday, winning with a 122-112 scoreline. Point guard superstar Ja Morant did his usual cuts in between the defense and achieved a double-double with 33 points and 10 assists on top of 5 rebounds. Looking at this season, Ja Morant is averaging 28.4 points, 7.5 assists and 6.3 rebounds per bout.

The Memphis Grizzlies are averaging 115.3 points per game this season, which currently ranks them in 8th place of the NBA league. Looking at their defensive side, the Grizzlies are giving up 113.7 points per match, which might seem high but in this day and age most games are pushing 110+ points per team.

Looking at the other side of the court, it may have taken quite some effort in overtime to finish the game, but the Miami Heat was able to get the win they were hoping for on Friday with a 120-116 victory over the Boston Celtics. Miami’s teamwork was captained by the hustle of center Bam Adebayo, who grabbed 28 points with 7 rebounds, while small forward Jimmy Butler got a double-double with 25 points and 15 rebounds.

Defensively, the Heat are giving opponents around 35.5% attempts from deep this season.

Both teams are coming with a lot of momentum, however the Heat’s paint defense should be more than suited to stop cut attempts. As such we will lean towards a Heat win

Let’s check the latest NBA picks, news, stats and NBA expert picks for Heat vs Grizzlies. We’ve plenty of NBA predictions for you to consider.

The implied probability for these two teams attached to the betting lines have Grizzlies at a 37.74% chance of winning the game, meanwhile Heat have 66.10% probability of finishing the game with the W.