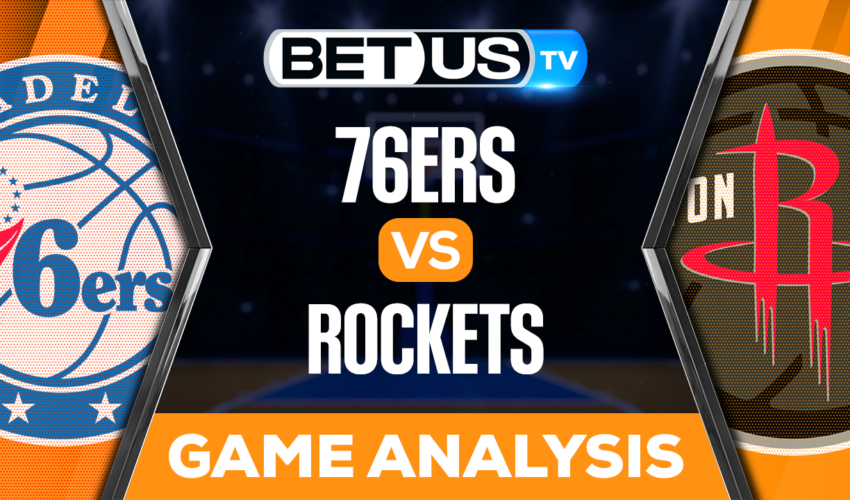 This Monday night, we will be able to witness a showdown between the Philadelphia 76ers and the Houston Rockets at the Toyota Center, Houston. The game is scheduled for 8:10 EST. Both teams are coming off losses in their last two games. The Rockets against Golden State by 120-101 and the 76ers by 117-109 against Memphis.

The Rockets just lost their last game against the Warriors, let’s see if they can bounce back by beating the 76ers. Houston is currently averaging 110 points per game. In their last game the offense was led by Kevin Porter Jr, with 20 points, three rebounds and four assists. He was supported by teammates Kenyon Martin Jr and Tari Eason, who each added another 13 points. The Rockets will undoubtedly have to improve and tighten up their defense for this game, as they are currently allowing 116 points per game and 120 in the last game.

On the other hand, the 76ers have lost their last two games and will also look to end their losing streak by defeating the Rockets at home. In their last game, Philadelphia’s offense was led by Joel Embiid, with 35 points, 11 rebounds and eight assists. Defensively they are definitely better than the Rockets, allowing only 106 points per game. Although they gave up 117 in the last game, let’s hope we don’t see the same performance in Houston.

The Rockets have not been performing very well on defense lately, so it would not be a surprise if they struggle to slow down the 76ers offense. Granted, they play well at home, but they are averaging 110 points per game, will that be enough to cover the scoreboard?

Let’s check the latest NBA picks, news, stats and NBA expert picks for 76ers vs Rockets. We’ve plenty of NBA predictions for you to consider.

The implied probability for these two teams attached to the betting lines have Rockets at a 27.03% chance of winning the game, meanwhile 76ers have 76.74% probability of finishing the game with the W.