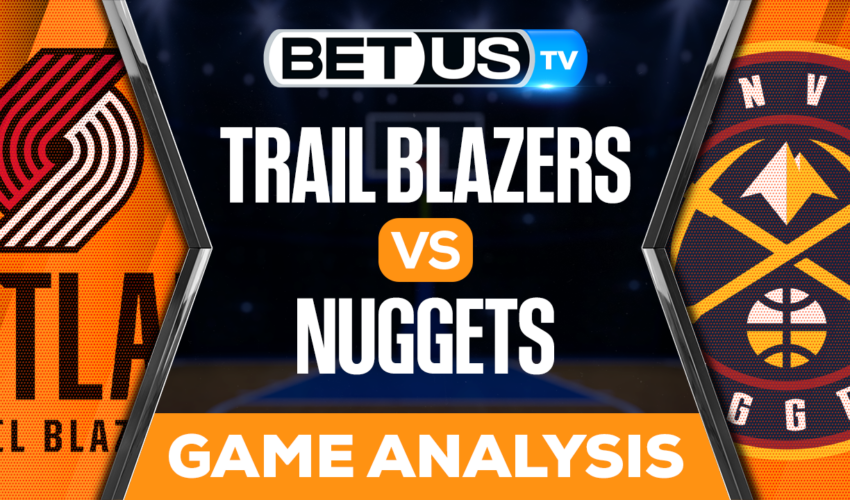 This Tuesday, January 17, the Denver Nuggets will welcome the Portland Trail Blazers to the Ball Arena. The game is scheduled for 9:00 PM EST.

The Denver Nuggets are currently in first place in the Western Conference standings and come into this game with an incredible streak of 6 consecutive wins. The most recent victory was against Orlando where they won a close final score of 119-116 and their offense was led by Aaron Gordon with 25 points for the win and Nikola Jokic with 10 rebounds.

On the other hand we have the Portland Trail Blazers who are in ninth place in the West standings and come into this game looking for their third consecutive victory. The most recent was against Dallas with a score of 140-123 where the offense was led by Damian Lillard with an astonishing 40 points for the win.

The Blazers are averaging 113 points per game and are shooting 47% from the floor while the defense is allowing 112 points and allowing their opponents to shoot 47% from the floor. Their defense is not the best, they have trouble defending shots from beyond the arc so they will have to improve this if they want to beat the Nuggets.

I would like to be optimistic and think that the Blazers will take the win but the Nuggets are playing very well, they are first place in the conference and they are playing at home.

I’m going with the Nuggets.

Let’s check the latest NBA picks, news, stats and NBA expert picks for Trail Blazers vs Nuggets. We’ve plenty of NBA predictions for you to consider.

The implied probability for these two teams attached to the betting lines have Nuggets at a 72.97% chance of winning the game, meanwhile Trail Blazers have 31.25% probability of finishing the game with the W.