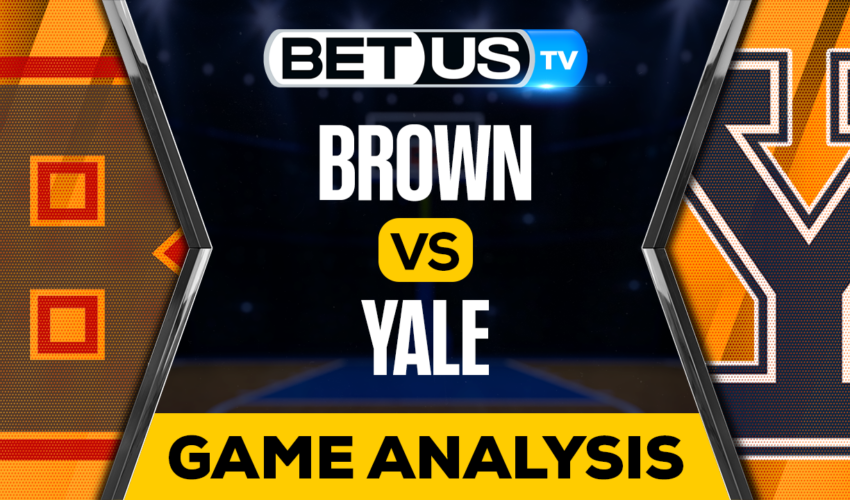 This Monday, January 16, we start the week with an NCAAB showdown as the Brown Bears take on the Yale Bulldogs. The Brown Bears come into this game looking for their third straight win after beating Dartmouth 77-70 and Princeton 72-70. While the Yale Bulldogs will be looking to get back to winning ways after losing 94-82 to Cornell.

It could be said that the Brown Bears are a team of streaks, this season they have accumulated both good streaks (up to 5 wins) and bad streaks (three losses). Now they will be looking for their third consecutive victory after beating Dartmouth and Princeton where Nana Owusu-Anane stood out a lot.

The Bears offense is led by Kino Lilly Jr. with his 15.7 points per game, followed by Paxson Wojcik with another 12.7 and Nana Owusu-Anane 10.3.

The Bears are averaging a total of 65.5 while their defense is allowing another 65.2, no doubt they will have to improve this if they want to beat Yale.

On the other hand we have the Yale Bulldogs who have had a good season so far, unfortunately they come to this game after losing to Cornell 94-82.

Their offense is averaging a total of 74.8 points per game while the defense is allowing 60.4, no doubt statistically they are in a better spot than the Bears so they will have to keep this up to win.

It is important to say that the Bulldogs are playing at home and this could be a significant factor, I’m going with Yale.

Let’s check the latest NCAAB picks, news, stats and NCAAB expert picks for Brown vs Yale. We’ve plenty of NCAAB predictions for you to consider.

The implied probability for these two teams attached to the betting lines has Brown at a 23.53% chance of winning the game, meanwhile Yale has 80.20% probability of finishing the game with the W.