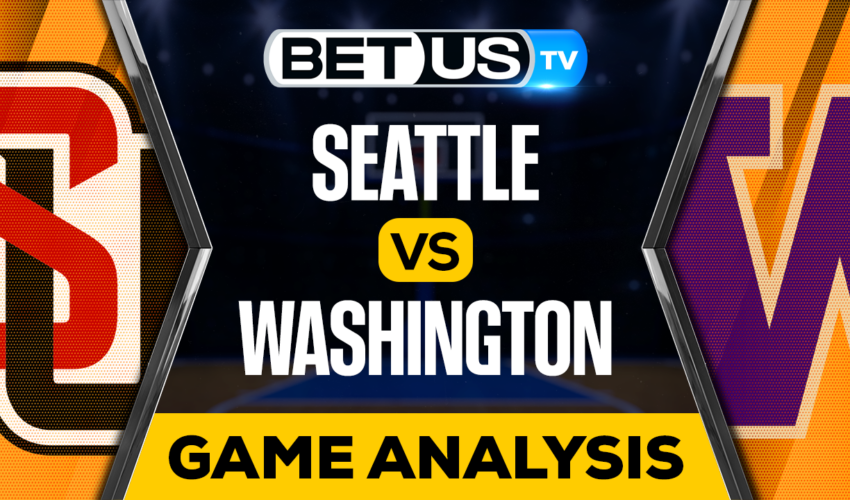 The Seattle Red Hawks will hit the road while carrying an undefeated season on Monday against the Washington Huskies. The Red Hawks are 5-0 on the year after a 36 point win against Pacific Lutheran. Defensively, Seattle completely dominated the opposition, allowing just 53 points on 39.6% shooting and forcing 20 turnovers during the game.

Offensively they also shined, racking in 89 points after a 49 point second half on 51.7% from the floor and 50% from beyond the arc. Alex Shumacher is the leader for Seattle this season, scoring 11.6 points on average with 38.9% shooting to go along with a team high 3.4 assists per game. Meanwhile, Jaren Nafarrete and Paris Dawson both chip in a 2nd best 10 points on average, while Seyi Reiley scored nine points of his own.

On the other hand, the Washington Huskies head back home Monday with five wins under their belt for their first six games played following a four-point victory versus Saint Mary’s. When it comes to their defense, Washington was also outstanding, allowing just 64 points including only six in the OT on 37.5% shooting, forcing 16 total turnovers.

The Washington offense made 44.2% of their shots and picked up 68 points including ten during the overtime to secure the win. Keyon Menifield is leading the offense for Washington this season, scoring 12.2 points on 40.3% shooting from the floor on average. Also, PJ Fuller II is scoring 9.5 points to go along with a team high 3.2 assists per game.

Another important piece for Seattle is Cameron Tyson, who could really give Washington a hard time if he gets going early on in the game. Seattle naturally has a bigger and better team than its counterpart, Tyson is definitely going to be a game changer this time. That said, if Washington manages to slow down the scorer, they might have a decent shot at winning this match.

Let’s check the latest NCAAB picks, news, stats and NCAAB expert picks for Seattle vs Washington. We’ve plenty of NCAAB predictions for you to consider.

The implied probability for these two teams attached to the betting lines has Seattle at a 35.71% chance of winning the game, meanwhile Washington has 68.75% probability of finishing the game with the W.