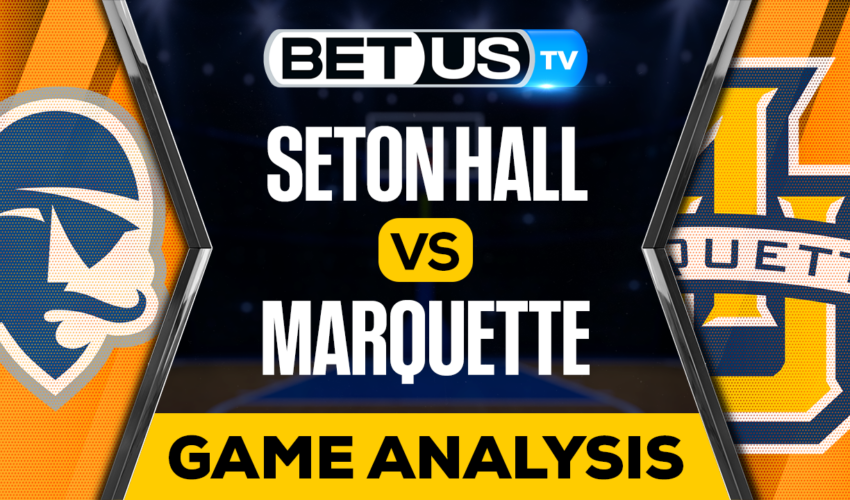 The Marquette Golden Eagles play host to the Seton Hall Pirates on Tuesday in a Big East showdown for exciting college basketball action. Last season, Marquette managed to both win and cover in two head-to-head matchups.

The Pirates are off to an 0-2 start in conference play after being defeated by Providence 71-67 and Xavier 73-70. Overall, Seton Hall is ranked 65th in the nation. They rank 20th in adjusted defensive efficiency, 153rd in offense and have faced the 27th ranked force on the schedule.

The Pirates are 256th in the nation in field goal shooting percentage, 329th in three-point percentage and 274th from the charity stripe. Al-Amir Dawes is currently leading the team with 10.9 points per game, while Tyese Samuel is scoring 10.2 PPG and 6.2 rebounds per game, which is a team-best.

Meanwhile, Marquette is 7-5-1 against the spread this season, and its plus/minus record is 7-5-1. The Golden Eagles rank 27th in the KenPom rankings, 17th in adjusted offensive efficiency and 62nd defensively. The strength of schedule Marquette has faced is ranked 169th, but they have a 96-70 win over Baylor on their resume.

In conference play, the Golden Eagles are off to a 1-1 start with a 69-58 win over Creighton and a 103-98 overtime loss to Providence.  Marquette is just 238th making 69.1% of its free throws, but are 25th overall in field goal shooting percentage and 183rd from three-point range. The Golden Eagles have four players averaging over 10 ppg.

While this might be unexpected, these two squads are a lot closer when it comes to talent than their records show. Seton Hall is coming off two straight Big East losses and should play with urgency on Thursday. Although Marquette has the edge offensively, Seton Hall is better defensively and on the boards. Three of the last four meetings in this series have been decided by seven points or less.

Let’s check the latest NCAAB picks, news, stats and NCAAB expert picks for Seton Hall vs Marquette. We’ve plenty of NCAAB predictions for you to consider.

The implied probability for these two teams attached to the betting lines has Seton Hall at a 28.57% chance of winning the game, meanwhile Marquette has 75.00% probability of finishing the game with the W.