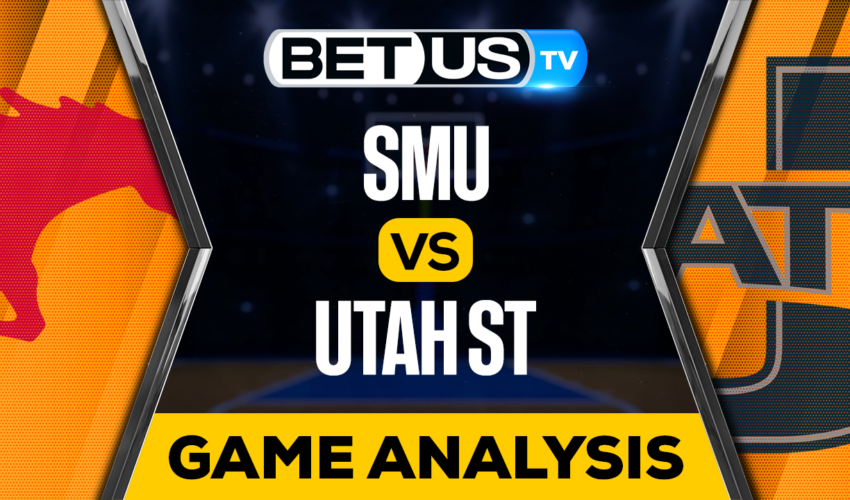 This Friday we have activity at the NCAAB where we will have an excellent game between the SMU Mustangs and the Utah State Aggies teams.

The SMU Mustangs have not had their best season. Despite having won their last game played against the Iona Gaels team by a score of 58-81, their last 5 games have barely managed to reach 20% performance. Its best players like Zhuric Phelps, leader in scorer and assists, as well as Efe Odigie, leader in rebounds, have not been able to show why they are in the team, which has affected the overall performance of the team. Currently they are located in the tenth position of the American Athletic Conference with a negative record of 4-7.

The reality that the Utah State Aggies team lives is very different from that of its rival. The team has had an excellent season, where players like Steven Ashworth, Taylor Funk and Max Shulga have been vital to the team, helping them win their games. Of their last 5 games, representatives have won 4 of them for 80% performance. Their last and only loss this season was last December 19 when they were defeated by the Weber State Wildcats by a score of 75-72. The Utah State Aggies team is in third position in the Mountain West Conference with a winning record of 10-1.

According to ESPN analytics data, the clear favorite to win this game is the Utah State Aggies team, who have an 83.4% chance of winning the game, against only 16.6 for the SMU Mustangs team.

Let’s check the latest NCAAB picks, news, stats and NCAAB expert picks for SMU vs Utah State. We’ve plenty of NCAAB predictions for you to consider.

The implied probability for these two teams attached to the betting lines has SMU at a 15.75% chance of winning the game, meanwhile Utah State has 88.70% probability of finishing the game with the W.