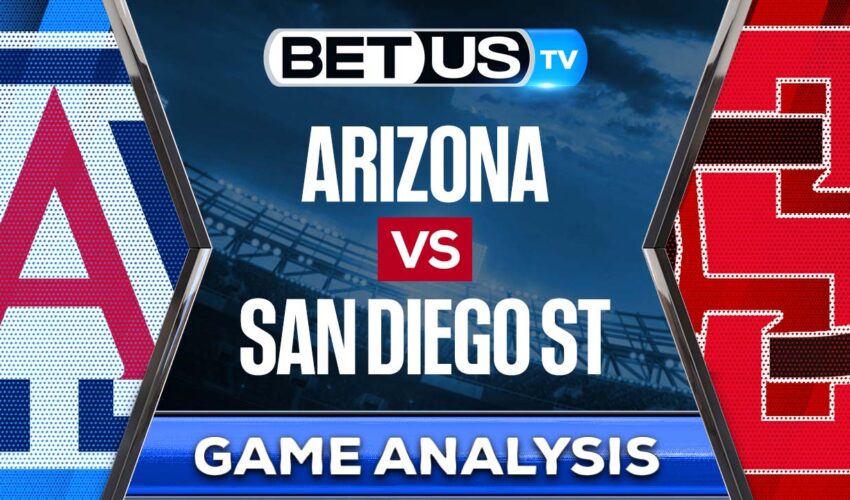 The Arizona Wildcats take on the San Diego State Aztecs to kick off their 2022 NCAAF season. The match will be played on September 3 at Snapdragon Stadium in San Diego. The last time these two teams met was back in November when the Aztecs picked up a convincing 38-14 victory over the Wildcats.

Arizona had a shaky off-season as they lost a total of 48 players. 18 players graduated, while the other 28 entered the transfer portal. They also lost 2 position coaches and 1 support staff member. In one of his statements, Arizona’s head coach Jedd Fisch referred to the 2022 season as the “first year” of Arizona’s rebuilding project.

The Wildcats had a disappointing 2021 season, finishing with a 1-11 overall record. They were outscored by 14.3 points per game, but in eight games, they either led or were within one score in the fourth quarter, only to be unable to make a stop or get a key conversion and end up losing by double digits.

For the San Diego State Aztecs, last season was a completely different story. They finished the year on a 12-2 overall record and a 38-24 win over the UTSA Roadrunners at the Tropical Smoothie Cafe Frisco Bowl. Even though they had a very successful 2021 season, San Diego looks even better coming into this year.

Former San Diego State football great and the NCAA’s all-time leading rusher Donnel Pumphrey has joined the staff as a graduate assistant coach. The Aztecs have clearly found a formula that works en route to five 10-win seasons in the last seven years: Run the ball, control the clock and play stout defense.

It wouldn’t be a surprise to see them repeat the feat this season, and this game against Arizona is going to be a great opportunity to try their formula once again as it will determine how soon San Diego State can hang a conference title banner in their brand new stadium.