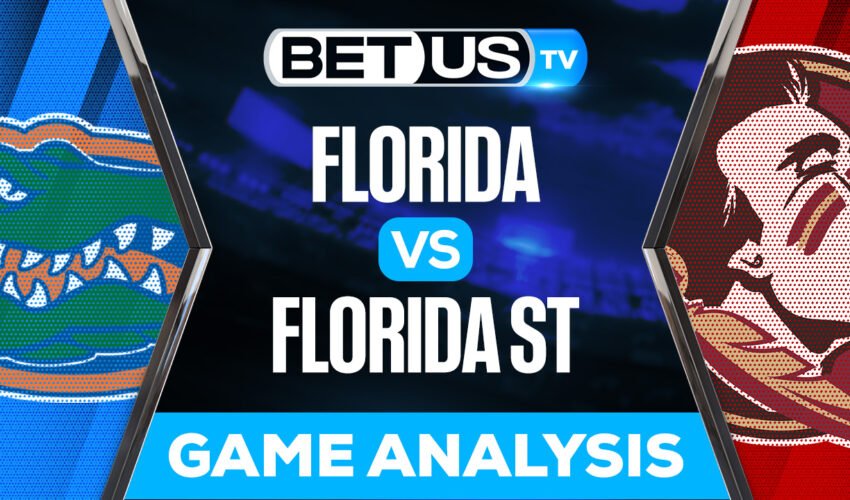 Week 13 of the 2022 college football season is upon us and brings plenty of exciting rivalry matchups. The Florida Gators head to Doak Campbell Stadium in Tallahassee, Florida on Friday night to face off against the Florida State Seminoles, which should be an interesting matchup.

After a couple of straight wins over Texas A&M 41-24 on the road and South Carolina 38-6 at home, the Florida Gators suffered a surprising 31-24 defeat at Vanderbilt 31-24 in Week 12. Playing as big 14-point road favorites, the Gators outgained the Commodores 445-283 in total yards but made a couple of costly mistakes including a muffed punt late in the second quarter that Vanderbilt’s long snapper returned to the house.

The Gators racked up just 45 yards on 21 carries against Vanderbilt. Sophomore signal-caller Anthony Richardson went 25-of-42 for 400 yards, three touchdowns, and an interception, while freshman wideout Daejon Reynolds posted eight catches for 165 yards and a couple of scores.

On the other hand, the Florida State Seminoles extended their SU and ATS winning streak to four games last Saturday, beating the Louisiana Ragin’ Cajuns 49-17 as 25-point home favorites. It was a one-way street, as the Seminoles built a 35-3 lead by the end of the first half. They outgained the Ragin’ Cajuns 440-291 in total yards and posted 251 rushing yards on 45 carries while moving the chains at will.

Over their last four outings, the Seminoles have outscored their rivals 173-39. Florida State has gained 200-plus rushing yards in six straight showings, and Jordan Travis has thrown just one interception over his last five appearances, so it’s very possible for the Seminoles to convincingly beat Florida. FSU’s defense will be a huge factor, too, and the Gators might struggle to move the ball through the air.

Let’s check the latest NCAAF picks, news, stats and NCAAF expert picks for Florida vs Florida State. We’ve plenty of NCAAF predictions for you to consider.

The implied probability for these two teams attached to the betting lines have Florida at a 25.97% chance of winning the game, meanwhile Florida State have 78.26% probability of finishing the game with the W.