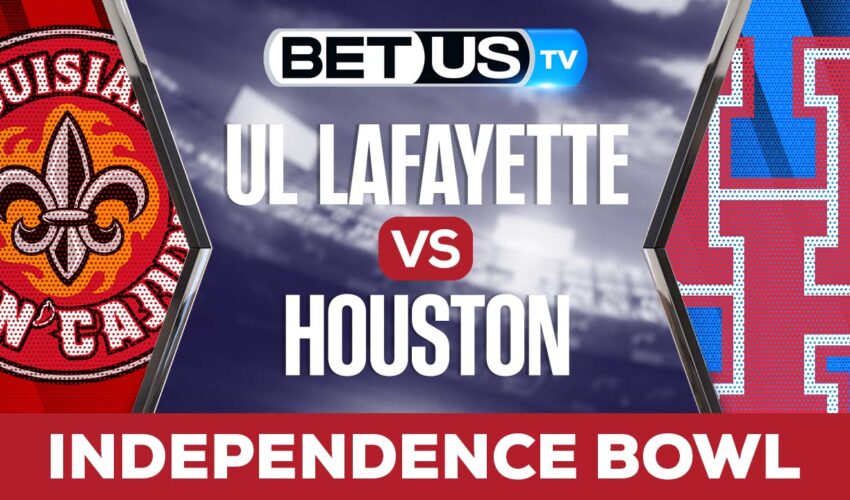 This Friday, December 23, we will have a highly contested game at the Radiance Technologies Independence Bowl to be played between the Louisiana Ragin’ Cajuns and the Houston Cougars.

The Louisiana Ragin’ Cajuns team comes to this game with maximum motivation after having won their last game against the Texas State Bobcats by a score of 41-13, where the team was far superior to its rival. Despite this, in their last 5 games played they could only claim victory in 2 of them, for a 40% performance. During the regular season his virtue and highest point was his defensive line, which had an average points allowed of 22.8, added to this, his offensive line also had good appearances with players like Ben Wooldridge, Chris Smith and Michael Jefferson, who They have been the team’s most important players this season, their offensive line averaging a total of 27 points per game. The Louisiana team is in fourth position in the Sun Belt – West with an even record of 6-6.

But they will face a difficult team from the Houston Cougars, who despite having lost their last game against the Tulsa Golden Hurricane (30-37) had an excellent season, in which they finished in fifth position in the American Athletic Conference. with a positive record of 7-5. Its strongest point has undoubtedly been it’s offensive line, which was one of the most average points per game with a total of 37.2, a line led by its QB Clayton Tune and Nathaniel Dell, who were the team leaders. Despite this good performance, his defensive line was one of the most points allowed per game, with a total of 33.5.

According to the data provided by ESPN Analytics, the team that arrives with the best chance of winning the game is the Houston Cougars team, who have 64.2%, while the Louisiana Ragin’ Cajuns team have only 35.8%.

Let’s check the latest NCAAF picks, news, stats and NCAAF expert picks for Louisiana vs Houston. We’ve plenty of NCAAF predictions for you to consider.

The implied probability for these two teams attached to the betting lines have Louisiana at a 31.25% chance of winning the game, meanwhile Houston have 72.97% probability of finishing the game with the W.