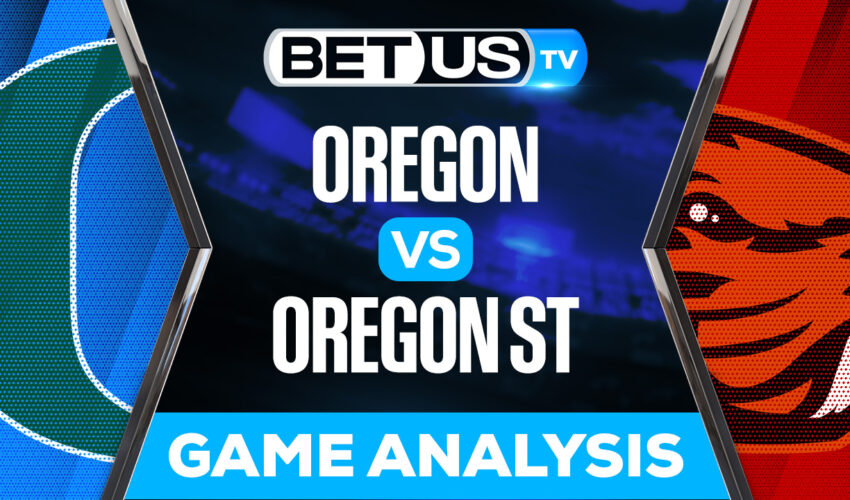 It’s rivalry week and one of the classics each year is the Civil War between Oregon and Oregon State. There is a ton on the line in this one, as the Ducks need a win to secure a PAC-12 Championship berth as well as maybe some long shot playoff hopes. Meanwhile, the Beavers have quietly become a near elite club, 8-3 on the season with their only losses coming against USC, Utah and Washington.

The Beavers are very reliant on their ground game since making the move to Ben Gulbranson, but it has worked thus far as the team has been able to win the battle up front for the last several weeks and keep this offense on point. For the season, the Beavers are top 30 in success rate, EPA/Play and points per opportunity this season.

The key to this Oregon State offense has been Damien Martinez, who has rushed for over 100 yards in each of his last five games. The team is in the bottom half of the country in EPA/Rush, but the real issue is the team’s inability to limit points in close. The team is bottom 40 nationally in yards per play and teams are scoring at a top 20 clip per drive this season.

So, can Oregon State slow down this Oregon offense? Bo Nix played despite rumors that he would sit and looked severely limited. The Ducks defense stepped up to cause turnovers but the team played their worst offensive performance since Week 1 against Georgia.

If Nix is still hampered by an injury that has his status in doubt, this is going to be another tough game on the road. The Beavers defense are top 30 nationally in EPA/Play on defense and are particularly strong against the pass, top 30 in success rate. If Nix is still compromised and can’t move around in the pocket, the Oregon State defense can get enough stops to play ball control and run their way to an upset win.

Let’s check the latest NCAAF picks, news, stats and NCAAF expert picks for Oregon vs Oregon State. We’ve plenty of NCAAF predictions for you to consider.

The implied probability for these two teams attached to the betting lines have Oregon St at a 42.55% chance of winning the game, meanwhile Oregon have 60.78% probability of finishing the game with the W.