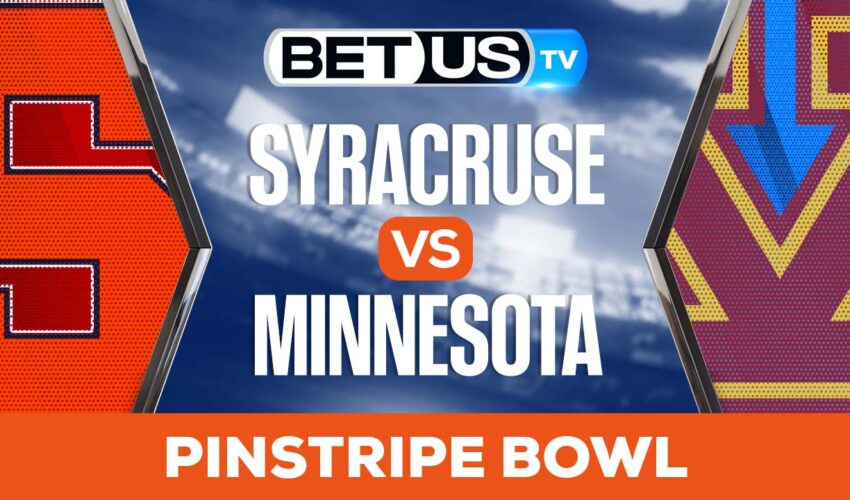 The college bowl season continues and this coming December 29 we will have an excellent game which will define the Pinstripe Bowl champion. Said game will be between the Syracuse Orange and Minnesota Golden Gophers teams.

Next we will see how each of the teams arrives to play this game.

The Syracuse Orange team came from winning their last game against the Coston College Eagles team by a score of 32-23. However, the team’s performance has not been the best, since in their last 6 games they have only been able to win one of them for a performance of just 16.66%. Perhaps one of the pillars of this team has been its defensive line, which has been very solid and has allowed an average of 22.7 points per game. His offensive line, despite having a scoring average of 28.3 points per game, has not been as productive as at the beginning of the season, its stars Garreth Shrader, Sean Tucker and Oronde gadsden II have not been able to be as decisive as they were at the beginning season and this has also been reflected in the results.

But the Minnesota Golden Gophers team lives a very different reality, the team comes from winning its last game against the Wisconsin Badgers by a score of 23-16. Of their last 5 games they have only lost 1 of them for a performance of 80%. There is no doubt that their forte has been their defensive line, since they have only allowed an average of 13.3 points per game, one of the lowest percentages this season. The Golden Gophers are in fourth position in the Big Ten – West conference with a positive record of 8-4.

There is no doubt that those who arrive as favorites are the Minnesota Golden Gophers who have a 61.9% chance of winning the game, against only 38.2% for the Syracuse Orange team.

Let’s check the latest NCAAF picks, news, stats and NCAAF expert picks for Syracuse vs Minnesota. We’ve plenty of NCAAF predictions for you to consider.

The implied probability for these two teams attached to the betting lines have Minnesota at a 76.47% chance of winning the game, meanwhile Syracuse have 27.40% probability of finishing the game with the W.