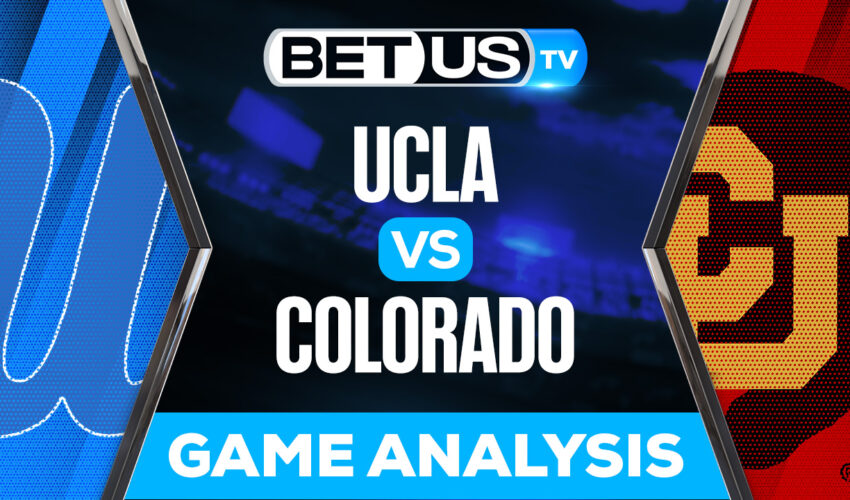 The UCLA Bruins will play their first road game of the season this Saturday as they travel to Boulder, CO to take on the Colorado Buffaloes. UCLA is undefeated thus far this year after a narrow one point win over South Alabama. Defensively UCLA struggled last week against South Alabama giving up 31 points on 399 yards but forced two turnovers to get the victory.

Offensively UCLA shined totaling 407 yards including 263 through the air to score 32 points in the game. Dorian Thompson-Robinson led the way for the UCLA offense completing 20 of 30 passes for 263 yards and three scores. Jake Bobo was the primary target in the UCLA offense with 89 yards and one touchdown on five receptions.

On the other side, the Colorado Buffaloes go back home this week struggling through the season winless on the year at 42 point blowout against Minnesota. Defensively Colorado was obliterated as Minnesota scored 49 points in the game on 500 total yards of offense including 334 on the ground.

Colorado used four different quarterbacks in the game combining to complete only 10 of 24 passes for 90 yards and one touchdown. Deion Smith led the way for the Colorado offense with 70 yards rushing on 10 carries and Jaylon Jackson added a team high 28 yards on one catch.

Let’s check the latest NCAAF picks, news, stats and NCAAF expert picks for UCLA vs Colorado. We’ve plenty of NCAAF predictions for you to consider.

The implied probability for these two teams attached to the betting lines have UCLA at a 94.74% chance of winning the game, meanwhile Colorado have 9.09% probability of finishing the game with the W.