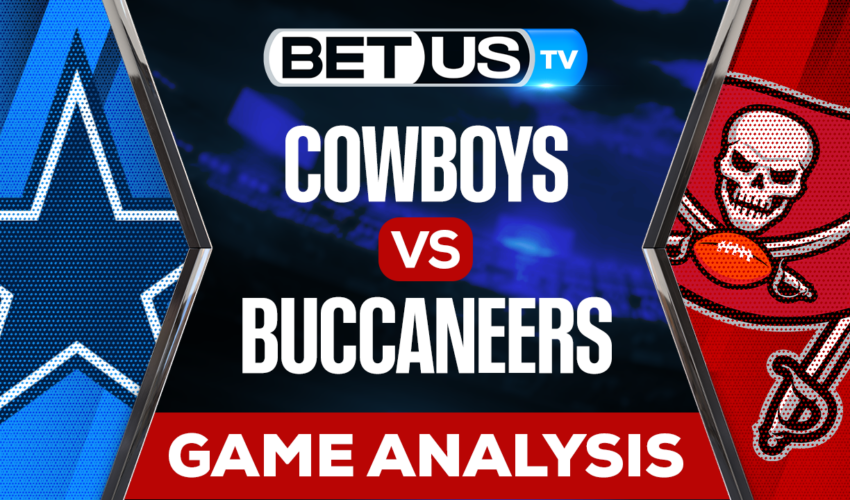 This Monday Night Football will have one of the most anticipated duels and it is the first MNF of the postseason. In this game the Dallas Cowboys and the Tampa Bay Buccaneers will be facing each other to define which of the two teams will leave this game of the NFC Wild Card Playoffs.

The Dallas Cowboys team comes from losing its last game of the regular season against the Washington Commanders team. Despite this defeat, in their last 5 games they reached a 60% performance, which put them in second place in one of the most fought divisions this season, the east of the national conference. The Cowboys’ offensive line was the 4th best offense of the season averaging 27.5 points per game, while their defense allowed an average of 20.1 points per game. For this start of the postseason, the Cowboys have DaRon Bland, Tyler Biadasz, Leighton Vander Esch and Johnathan Hankins in doubt. The Dallas Cowboys would finish the season with a positive record of 12-5 and 4-4 on the road.

The Tampa Bay Buccaneers had a somewhat bumpy season finale. They lost 3 of their last 5 games of the season. Their last game was lost to the Atlanta Falcons by a score of 30-17. Despite having important figures on their team, such as Tom Brady, Leonard Fournette and Mike Evans, the Buccaneers barely had an average scoring 18.4 points per game, while their defensive line was one of the top scorers, averaging 21.1. Despite these numbers, the Tampa Bay Buccaneers qualified for the playoffs as the first in the south of the national conference with a negative record of 8-9.

With these numbers, the clear favorite to win the game is the Dallas Cowboys team, who come into this game with a 69.6% chance of winning Dallas, while the home team, the Tampa Bay Buccaneers, barely have a 30% chance.

Let’s check the latest NFL picks, news, stats and NFL expert picks for Cowboys vs Buccaneers. We’ve plenty of NFL predictions for you to consider.

The implied probability for these two teams attached to the betting lines have Buccaneers at a 45.45% chance of winning the game, meanwhile Cowboys have 58.33% probability of finishing the game with the W.