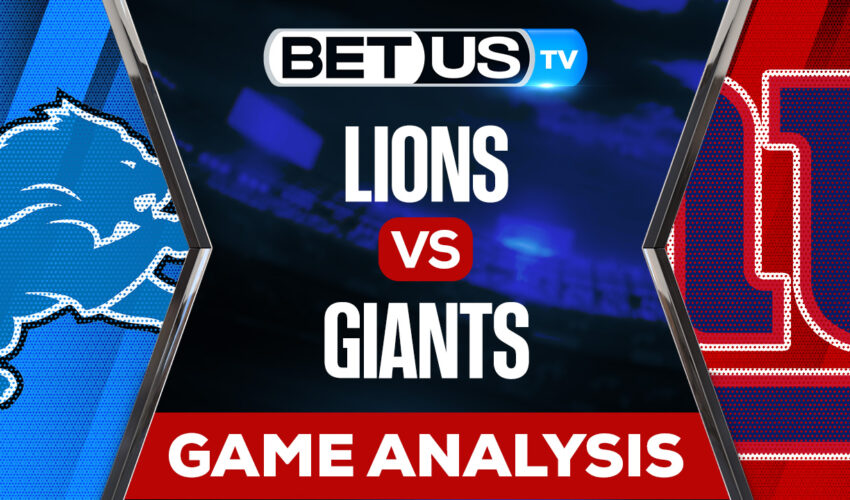 The New York Giants (7-2, 2nd in NFC East) play their sixth game at MetLife Stadium this season as they face the Detroit Lions (3-6, 3rd in NFC North) in Week 11 next Sunday at 1 pm ET. The Giants took care of business against the lowly Texans, 24-16, in Week 10 thanks to a massive performance from RB Saquon Barkley. The 25-year-old had his fourth 100+ rushing yard game of the season (152) and scored for the fourth time in five games. Barkley leads the NFL with 931 rushing yards on the season.

Meanwhile, the Lions have won back-to-back games after a thrilling 31-30 victory over the Chicago Bears on Sunday. It’s the first time since Weeks 6 and 7 of the 2020 season Detroit has won two in a row. It was the team’s first road win in 13 games (0-12-1).

For much of this season, many have pointed to the Giants’ sudden success (they were just 4-13 last year) as a sign, Detroit’s rebuild is behind schedule. New York is in just its first year under head coach Brian Daboll and general manager Joe Schoen. Their biggest key to success: performing in the clutch.

All seven of New York’s wins have been by one score, and in five of those games, the Giants were tied or losing heading into the fourth quarter. A win over the Giants would prove these two teams are far closer in their rebuilds than their records suggest and would go a long way in making Lions fans believe this team is headed in the right direction.

Last week, the Giants were a bit inconsistent on offense going up against the Houston Texans, but they still made big plays late to record the victory. Jones and Barkley need the O to operate at a high level from the start and will possibly win at home against Detroit.

Let’s check the latest NFL picks, news, stats and NFL expert picks for Lions vs Giants. We’ve plenty of NFL predictions for you to consider.

The implied probability for these two teams attached to the betting lines have Giants at a 62.26% chance of winning the game, meanwhile Lions have 40.82% probability of finishing the game with the W.