Originally known as the Portsmouth Spartans out of Ohio, the team joined the NFL in July 1930. But, due to immediate financial struggles, the franchise relocated to Detroit in 1934. It was a popular trend at the time to derive NFL team names from the baseball teams that they share cities with. Hence, the team took inspiration from the Detroit Tigers and rebranded as the Lions.

After moving to Detroit, the Lions won four NFL Championships Games between 1935 and 1957. But since then, and for the entirety of the Super Bowl Era, things have not gone well for this Franchise. Their modern history is riddled with heartbreak, unrealized potential, and bad decisions. Because of this, since 1962, the Lions have just a single victory in the playoffs. That win came against the Dallas Cowboys in the 1991 Divisional round. They went on to lose 41-10 to the Washington Redskins in the NFC Championship. Since then, the Lions are 0-8 in their subsequent eight trips to the postseason.

Detroit has the distinction of being the only NFL team in history to go 0-16 during the regular season. Furthermore, the Lions are one of four current NFL franchises, and the only one in the NFC, to have never played in a Super Bowl game.

The Lions have traditionally been part of the annual NFL Thanksgiving Day game. Many might not know, but this tradition stretches back to the 1934 season and was part of a promotional deal. The team’s then owner, George A. Richards, also owned a radio station affiliated with NBC. He negotiated to have the station carry his Thanksgiving games live across the entire NFC network. Since then, the Lions have played every NFL Thanksgiving uninterrupted.

Despite their struggles to win a Super Bowl, some of the greatest players in NFL history have donned the Lions’ blue and grey. The Lions have inducted 22 former players into the Pro Football Hall of Fame including Barry Sanders, Dick LeBeau, and Calvin Johnson.

In their first year of a complete rebuild, the Lions went 3-13-1 during the 2021 regular season under head coach Dan Campbell. But, the Lions did a lot of work to build a better team since the end of 2021 and should be a more productive unit moving forward. 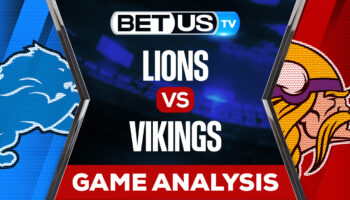