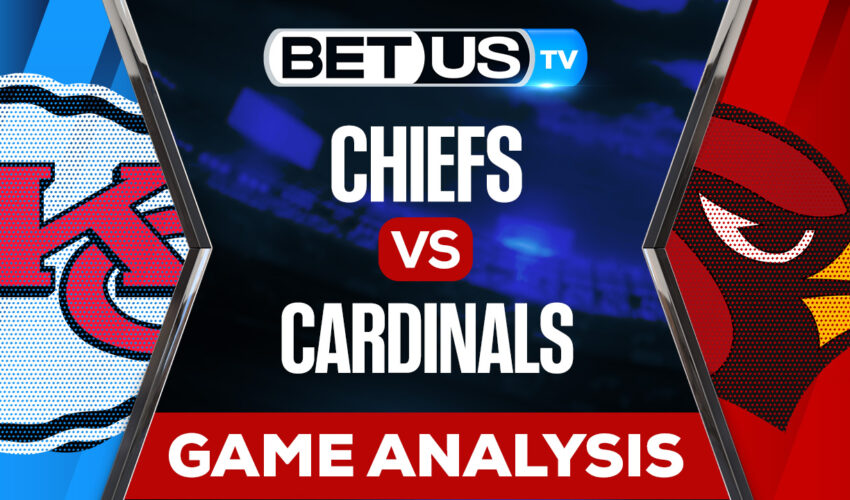 On Sunday, the Kansas City Chiefs take a trip to State Farm Stadium to kick off their 2022 NFL Campaign against the Arizona Cardinals. The two best NFL divisions in 2022 are the AFC and NFC West, so expect this Week 1 clash between Patrick Mahomes and his KC Chiefs and Kyler Murray’s Arizona Cardinals to be as epic as it gets, two teams missing their star receivers for this game so others must step up.

The Chiefs no longer have Tyreek ‘Cheetah’ Hill on their roster to stretch out the defense on the field, and the Cardinals will be without their veteran star receiver DeAndre Hopkins who was suspended six games for testing positive for a banned performance-enhancing substance. Still, both of these teams have plenty of talent and the game could come down to whatever Chiefs veteran HC Andy Reid can think of to outwit Cardinals HC Kliff Kingsbury.

When the Chiefs started last season with a 3-4 record, plenty of KC haters figured the mystery of QB Patrick Mahomes had been solved, but they shut up quickly as Kansas City then won eight straight going 12-5 on the season and ending up a field goal short of the Super Bowl. Now Mahomes will be without his favorite target, WR Tyreek Hill, the speedy Cheetah who kept defenses scrambling to cover him.

On the other side, the first thing Arizona QB Kyler Murray most likely wants to do on the field in Week 1 is to prove the shocking offseason accusations of his poor study habits are false, and he can only do that by being overly prepared as he takes on this talented Chiefs team in front of his home crowd. It’s a good thing Murray is mobile, because the scrambling QB has been sacked 106 times in his three NFL seasons, 31 last year alone.

Let’s check the latest NFL picks, news, stats and NFL expert picks for Chiefs vs Cardinals. We’ve plenty of NFL predictions for you to consider.

The implied probability for these two teams attached to the betting lines have Cardinals at a 32.26% chance of winning the game, meanwhile, Chiefs have 71.43% probability of finishing the game with the W.