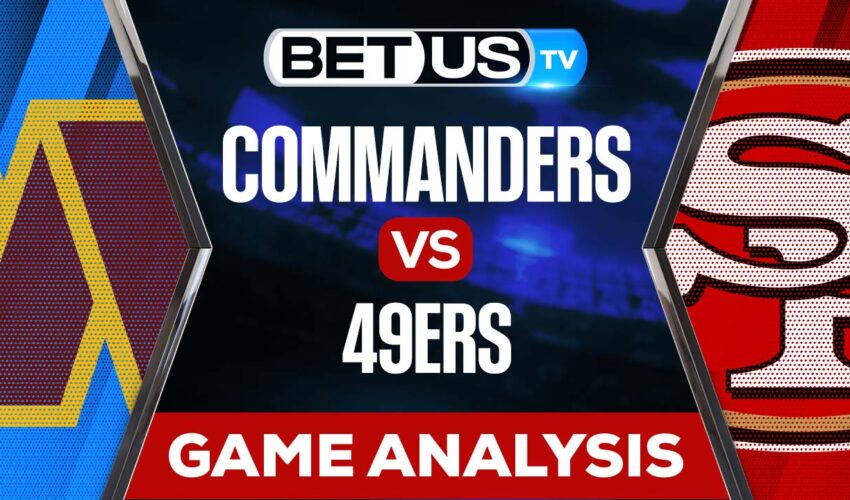 The San Francisco 49ers, currently 10-4, have managed to secure the NFC West division with a victory over divisional opponent the Seattle Seahawks last week. They will battle against the 7-6-1 Washington Commanders who sadly have not been able to find much success against their divisional enemy, the New York Giants, in their last 2 games.

The Washington Commanders still have a chance in the playoff search as all 4 teams coming from the NFC East division have the same possibility of a spot in the postseason. Head coach Ron Rivera will still bet on quarterback Taylor Heinicke who has thrown 3 touchdowns the past 2 games.

The San Francisco 49ers sadly don’t have any other options at quarterback, but Brock Purdy has stepped up somewhat for the squad throwing 2 touchdowns in each of his 3 games played since taking over the spot for an injured Jimmy Garoppolo, important to note all matches ended in a win.

The Brock Purdy hype train should continue in San Francisco this time around, as the San Francisco 49ers are predicted to easily take care of business against the Washington Commanders to hopefully push themselves even further from the Eagles and Vikings for a Top 2 top seed in the NFC division.

Taylor Heinicke does have quite a lot of momentum going into this matchup since he was named the starter. But Brock Purdy is on his own similar path to greatness, trying to prove he is a top caliber QB in the NFL. Also the San Francisco 49ers defense captained by sack leader Nick Bosa, are an absolute threat to every single team in the league.

It is not a matter of how both teams wake up in the day, as the difference in raw player talent favors one team, the 49ers.

Let’s check the latest NFL picks, news, stats and NFL expert picks for Commanders vs 49ers. We’ve plenty of NFL predictions for you to consider.

The implied probability for these two teams attached to the betting lines have 49ers at a 77.27% chance of winning the game, meanwhile Commanders have 26.67% probability of finishing the game with the W.